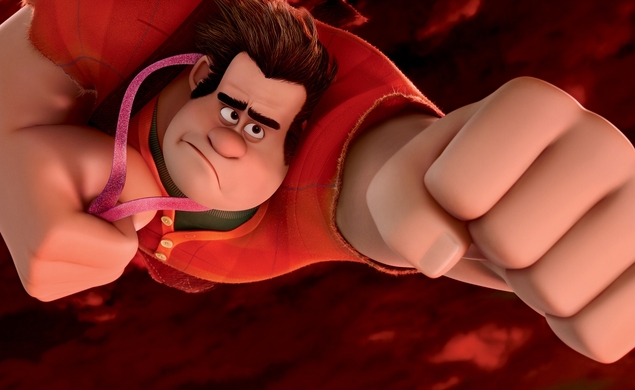 For almost two decades, there’s been a distinct hierarchy of computer-animated movies. Pixar made the best ones, then Disney and DreamWorks fought for second place, with everyone else a distant third. But as Pixar’s creativity has waned, other studios have begun nipping at its heels. Many of the best animated movies of the past several years have come from outside the vaunted animation studio, including How To Train Your Dragon, Frozen, The Lego Movie, and Wreck-It Ralph. Not surprisingly, the first three movies on that list already have sequels in the works (Dragon 2 is already done; it opens on June 13), and now it seems the fourth does as well. Hooray for originality (that then gets co-opted and regurgitated)!

The composer of Wreck-It Ralph, Henry Jackman, was speaking with Collider about his upcoming projects, and confirmed another film about Wreck-It Ralph, a videogame villain (voiced by John C. Reilly) who gets sick of his job (wrecking stuff) and decides to venture out into other games, is in the offing. In response to a question about whether he’s heard talk of a Ralph 2, Jackman replied:

“I did, to be honest with you. I can’t tell you more, not because I’m being coy, but I believe that it is officially on the cards. I don’t know any more other than a story is indeed being written.”

The first Wreck-It Ralph had a great (and admittedly Toy Story-esque) premise of a world where all videogames were interconnected, but it largely abandoned it after its first act for a fairly small-scale redemption story set inside a game invented specifically for the film. If there’s one thing I’d want to see from another Ralph, it’s more of the stuff like the opening scenes, where Ralph and other game villains vent their frustrations in a support group. A movie that ramps up the real gaming icons’ involvement and gets really creative with their roles sounds like an idea worthy of a sequel—and even a Pixar movie.