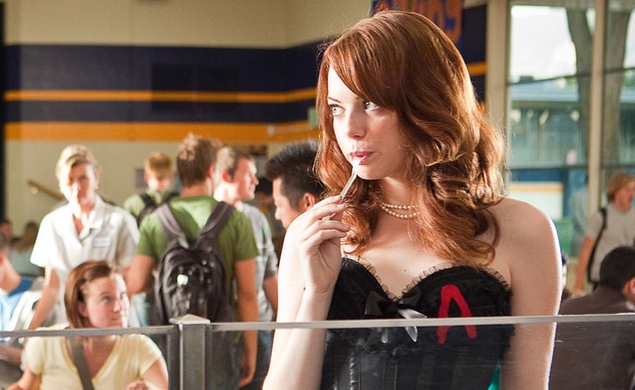 Our Movie Of The Week this week is Clueless, Amy Heckerling’s loose rewrite of the novel Emma, which transports Jane Austen’s 1815 tale of manners and matchmaking to a Beverly Hills high school circa 1995. It’s an inventive spin on its source material, but Heckerling’s not the only filmmaker who’s turned to classic literature to inspire their modern movies. Here are five more films that use English class staples as the foundation for very different kinds of stories.

The sensationalistic title of I Walked With A Zombie was reportedly imposed on producer Val Lewton by his bosses at RKO, and doesn’t really reflect a movie that’s more a moody drama about a nurse who becomes involved in the private life of her employer when she takes a job in Haiti. Lewton’s plan was to make a movie that combined some of the plot elements of Jane Eyre—in particular the idea of a servant drawing closer to her master—with some of the novel’s social criticism, channeled through the history of slavery and voodoo in Haiti. The result is a gothic romance that underlines the “gothic.”

Gus Van Sant’s arthouse hit Drugstore Cowboy gave him enough Hollywood clout to make one of his pet projects: a film about street hustlers that he’d been developing off and on since the 1970s. Van Sant took a handful of stories he’d been working on, combined the best parts of them into a road trip story about two low-rent gigolos (played by River Phoenix and Keanu Reeves), and then gave the film a hook by peppering it with Shakespearean language and basing the central relationships on the characters of Falstaff, Prince Hal, and Hal’s courtly circle, from the the two Henry IV plays and Henry V. The conceptual overlay paid off for Van Sant, who not only got his movie made, but found a focus for multiple ideas that he’d been kicking around for decades.

As an actor, Steve Martin has often taken jobs that don’t seem especially challenging to someone of his talent. As a screenwriter, Martin regularly pushes himself, bringing his interests in art, music, and literature to bear on films that are more nuanced than his broad comedies. In Martin’s script for Roxanne, he turned the tale of Cyrano de Bergerac into a contemporary romantic comedy, and in the mostly forgotten 1994 film A Simple Twist Of Fate, he recasts George Eliot’s moralist novel Silas Marner into the story of a middle-aged loner whose life is transformed by the arrival of an orphan girl. The mix of family-friendly hijinks and Victorian melodrama isn’t a smooth one—which is probably why the movie tanked—but A Simple Twist Of Fate is a daring experiment, and true to Martin’s sensibility.

Based on a Posy Simmonds graphic novel, Tamara Drewe stars Gemma Arterton as a flippant journalist whose arrival at her late mother’s country estate flummoxes a lovestruck local farmhand, as well as the occupants of a nearby writers’ retreat—including one Thomas Hardy expert who should realize how much this scenario resembles Far From The Madding Crowd. What’s especially clever about Tamara Drewe is how closely it holds to the “unfortunate misunderstandings” plotting of Hardy, while also updating the story for an era of gossip rags and rock ‘n’ roll. It’s a peek at contemporary English living that reveals both how much and how little has changed over the centuries.

Technically, the racy (but still PG-13) high school comedy Easy A is more inspired by The Scarlet Letter than an adaptation, since the only real connection between the movie and the book is when the heroine Olive (played by Emma Stone) sews an “A” onto her clothes, using her class’ Hawthorne assignment as a way to own the bad reputation she’s developing. But Easy A pairs well with Clueless, as another sharp, well-acted teen movie that’s keenly aware of the moral quandaries that preoccupy young people from generation to generation.