Feedback: What Harold Lloyd and Captain America have in common 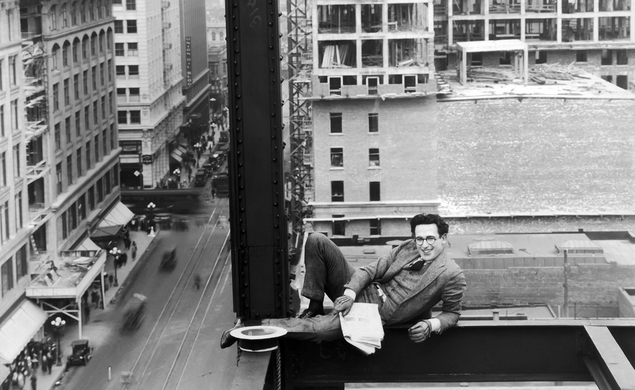 While reading the comments this week, I’ve kept thinking about two similar sentiments, expressed in different ways, below different articles. The first comment comes from Three Dancing Matthews, in Keith’s five-star review of The Freshman:

“Something that always strikes me about Harold Lloyd’s movies is how quintessentially American they are. Or, at least, how much they embody America as Americans like to think of it: energetic, ambitious, friendly, inventive, creative, good natured, overcoming obstacles to ultimately succeed. It’s something I always think when watching his films—that if I needed to explain to someone everything great about America, I’d choose Lloyd climbing the building in Safety Last, or racing through the city on his trolley in Speedy, or getting an entire dive bar full of thugs into the mission in For Heaven’s Sake.”

“As somebody who’s not from the U.S., Cap is very interesting because I’m not sure how many countries would be able to create a superhero named like that and have him embody those ideals. Argentina at the very least really couldn’t—our Big Comic Emblems are a contestarian little girl and a family man trying to get back home—so for me just the fact that you can have a Captain America already says a lot about U.S. culture.”

Both these points are very astute. To address the second one first, I think you’re right, solesakuma, in a couple of ways. As Keith points out in the piece, Captain America’s deep patriotism doesn’t mean blind obeisance; it involves questioning authority, and holding the people in power accountable. And those people in power include superheroes. Over the decades, the creators of patriotic heroes have often done what Captain America’s creators did, by using the character’s iconic quality to explore what it means to be an American, for better or worse. It’s not always pretty, either. The satirical edge of Joe Simon and Jack Kirby’s nose-thumbing Fighting American comics and the overt mockery of American foreign policy in William Klein’s underground (and now Criterion-released) film Mr. Freedom are just two examples of “patriotic” pop-art with a bite. They exist in large part because here in the United States, we tend to be obsessed with ourselves, and what we like to imagine we represent.

Which brings us to Harold Lloyd, and Three Dancing Matthews’ suggestion that his movie persona is how we Americans picture ourselves. I think this is also spot-on. While I overall prefer the films of Charlie Chaplin and Buster Keaton, I’ve always found Lloyd to be the most “modern” of the major silent-movie comedians, and I think it’s because while Chaplin and Keaton feel like turn-of-the-century ghosts still haunting the 1920s and 1930s, Lloyd has that progressive, go-go-go quality that Three Dancing Matthews mentions. (Great user name, by the way. NewsRadio reference?)

In a way, Lloyd is the opposite of the traditional Captain America, who’s a man out of time, reminding us of eternal patriotic values. Lloyd, on the other hand, is on the leading edge, embracing the new. They’re both reflections of America, and they fit together to form the larger picture of who we are: a country that pines for the “simplicity” of the recent past, while insisting that we can own the future.