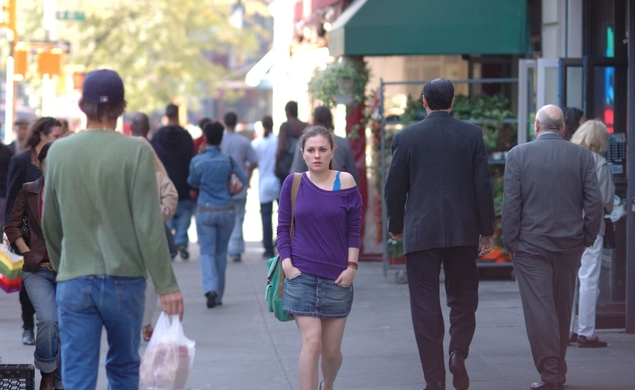 The behind-the-scenes story of Kenneth Lonergan’s film Margaret is alternately one of the most dismaying and heartening showbiz sagas of recent years. Lonergan shot his sprawling drama in New York City in 2005, looking at the aftermath of a very public tragedy through the eyes of one passionate young woman (played by Anna Paquin), who seeks some kind of justice while also dealing with her own messy affairs. Complex and overtly operatic, Margaret took a long time for Lonergan to complete, as the You Can Count On Me director struggled in the editing room to figure out how much of his incident-packed script to keep in the final cut.

Rumors leaked out that Lonergan was dithering too much, and that multiple cuts were in play for release, including one that Lonergan’s friend and mentor Martin Scorsese did for free, and one that the film’s co-financier Gary Gilbert prepared without Lonergan’s approval. Eventually, the other backer, Fox Searchlight, sued Gilbert for his half of the $12 million production costs, and Gilbert countersued, claiming that Lonergan failed to live up to his contractual obligations. In the midst of all this legal action, in 2011 Margaret snuck into a few theaters without much fanfare, and critics launched a campaign to get Fox to release it more widely, and to make it available to critics for their year-end best-of lists. The campaign didn’t turn Margaret into a big hit, but it did bring an excellent film more attention, and arguably helped secure a DVD release of Lonergan’s extended cut (tacked onto the Blu-ray release of the theatrical cut).

And now, a little over two years after #teammargaret became a thing, The Hollywood Reporter reports that the legal complications that kept Lonergan from saying much about Margaret back in 2011 have been resolved. THR’s story has an interesting breakdown of the various legal maneuverings that have taken place over the past year, as Lonergan’s side has sought to present a string of celebrity witnesses, and Gilbert’s side has sought to stick with the language of the contract. The details of the settlement, according to the article, are that Gilbert’s company drops all claims against Lonergan related to Margaret, and Lonergan agrees to pay Gilbert five percent of any fee he receives from his next studio screenwriting assignment, with the total amount of what Lonergan must pay Gilbert not to exceed $50,000. That penalty is apparently related to Lonergan’s promise to write another film for Gilbert after Margaret; but Lonergan is free to choose never to write another screenplay, and then wouldn’t owe Gilbert anything.

What does this mean for Lonergan fans? There is some measure of vindication both in how good Margaret turned out to be, and that Lonergan wasn’t found to be at fault—at least legally speaking—in the fiasco that ensued during post-production. The relatively small amount that Lonergan tentatively owes also means that he may be able to return to making movies without a lawsuit hanging over his head, which would be a clear win for cinephiles.