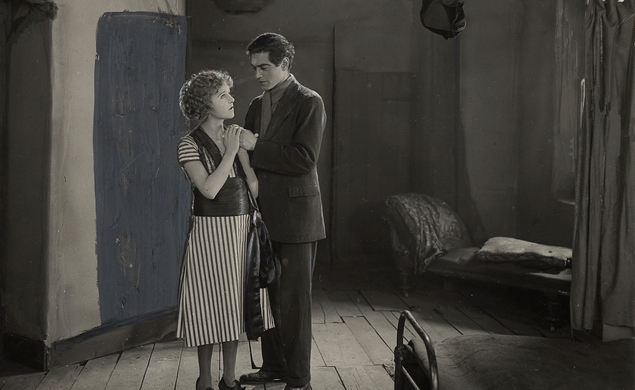 In 2010, as part of the celebration of the British Film Institute’s 75th anniversary, the BFI compiled a list of its 75 “most wanted” films: historically significant British movies that the BFI had been unable to find in complete print or negative form. Over the past several years, the publicity generated by the original list has enabled the BFI to track down some of those films; and today the institute announced that another major discovery has been made. Director George Pearson’s 1923 silent melodrama Love, Life, Life And Laughter has been found by the Dutch film museum EYE in a collection of prints the museum acquired in 2012 from a smal- town cinema.

Love, Life, And Laughter is notable for being a collaboration between Pearson and star Betty Balfour, who’d become a sensation a couple of years earlier in the Pearson-directed comedy Squibs, which spawned a series of sequels. Often referred to as “the British Mary Pickford,” Balfour was a huge star in England and Europe in the silent era, while Pearson was one of the first major British directors, acclaimed in his time for his artistry and ambition. Though the plot description of Love, Life, And Laughter makes it sound like a simple romance—with Balfour playing a nightclub dancer who falls for a poor writer, and challenges him to become a success—the reviews of the film were reportedly rapturous back in 1923, with the words “screen classic” and “masterpiece” bandied about.

There’s no set timetable yet for the BFI getting its hands on the film and preparing it for public exhibition, but it sounds like when it happens, it’ll be something for cinephiles to look forward to.