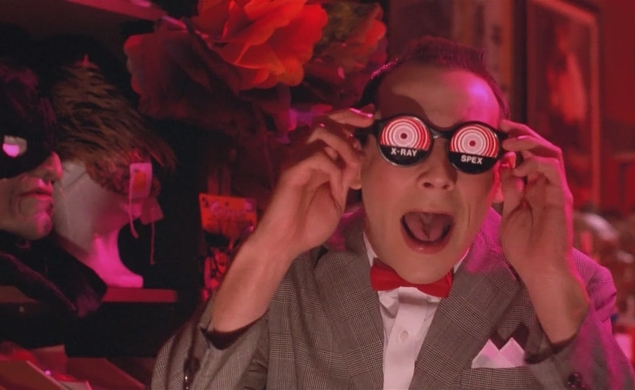 In a conversation with the Los Angeles Times’ Steven Zeitchik about his role in The Smurfs 2, Paul “Pee-wee Herman” Reubens let slip a few details about his plans for his signature character. If they all pan out, he’s going to have a very busy 2014.

Reubens told Zeitchik that progress continues to be made on a new Pee-wee feature film, the first since 1988’s Big Top Pee-wee. The film now has a director attached (Reubens wouldn’t say who) and a producer, Judd Apatow:

“And though, yes, we’ve been hearing about this movie for the better part of three years, Reubens said he believes that the script is ready and financing has come together. The movie, he said, will likely shoot next year, continuing a comic tradition that many of us ’80’s kids remember well from Pee-wee’s Big Adventure.”

Plans are also underway for another Pee-wee TV show (“potentially though not necessarily an update of Pee-wee’s Playhouse”), which Reubens claims will be announced imminently and on the airwaves by next year. And the recent revival of the Pee-wee Herman stage show may be coming back for another run as well.

Sounds like for the first time in long time, things are really cooking for the Pee-wee franchise. (AAAAAAAAAAAAAAA!)