Kevin Costner wants to release three Westerns in one year 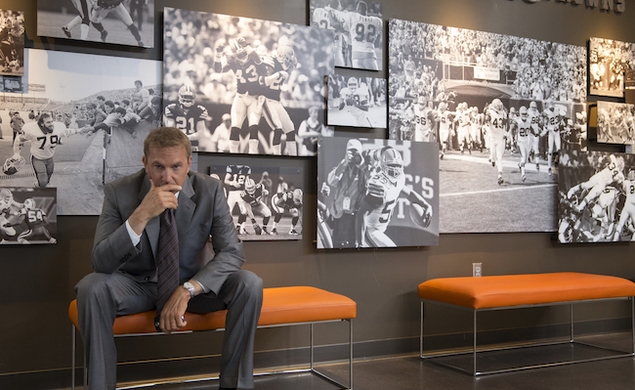 Our current pop culture McConaissance has gotten so much attention that it’s overshadowed the similarly triumphant Costnergence: The surprising but welcome return of Kevin Costner, who all but vanished from film screens for much of the last decade and then appeared in three films in the last twelve months: Man Of Steel, Jack Ryan: Shadow Recruit, and 3 Days To Kill. Next month he stars in Draft Day, a return to his roots in sports movies, directed by Ghostbusters’ Ivan Reitman.

I hope Draft Day is a big hit, not only because I like Costner and have enjoyed the Costnergence so far, but also because I like a bold idea he wants to get off the ground: a triptych of Westerns that he would make as one massive production and then release over the course of one year. Here’s how he described the plan to Collider at CinemaCon:

“I’ve got this Western that I think I could make. I actually have this idea to make them all at once and release one on Memorial Day, one on Thanksgiving, and then one on the Fourth of July, all within a 12 month span, because it’s all the same story but it truly is a journey, with a fourth movie coming right after. Will I be able to do that? I don’t know. But that’s what I think about, that’s what I try to do. And people go, ‘Oh that’s really interesting, Kevin. We don’t think we can do that.’ And I’m thinking ‘Man, that’s a really good idea.’ I thought that was a true ongoing series, or sequel if you will, that actually was an honest one. A second one wasn’t invented because the first one made a little money.”

That is really interesting, Kevin; it is a good idea. Granted, Costner’s track record as a director isn’t the most consistent (and he hasn’t directed a movie since 2003’s Open Range), but this concept combines two things there aren’t enough of in modern movies: ambition and Westerns. It would be great to see more of both in theaters.