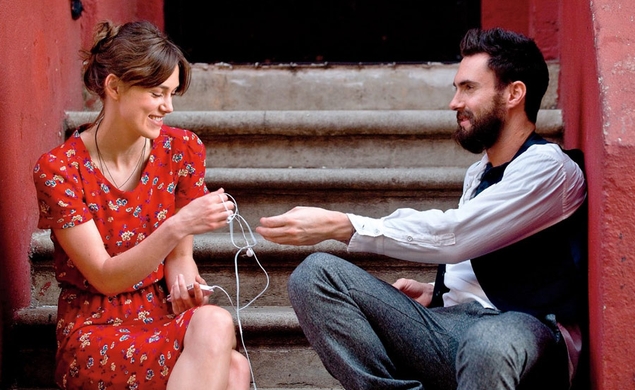 Writer/director John Carney’s new film was called Can A Song Save Your Life? when it debuted last fall at the Toronto Film Festival. As you’ll see in the trailer below, though, it’s since undergone a title makeover; when it opens in theaters this summer, it will be as Begin Again. A song can save your life, but apparently it can’t work as a movie title. That’s Hollywood for you. Here’s the first trailer:

Carney’s claim to fame remains the incredibly charming low-fi musical Once, which won an Oscar for Best Original Song, became a surprise hit in 2007, and inspired an award-winning Broadway musical. The same formula that powered Once—great songs and electric chemistry between the two leads—will need to work again to make Begin Again a similar hit. Reviews for the film out of Toronto were mixed, but The Dissolve’s Noel Murray was a fan, saying that (the movie formerly known as) Can A Song Save Your Life? had catchy songs and great musical numbers. But just in case I hate the movie, I’m calling shotgun on the headline “Second Verse, Same As The First” right now.