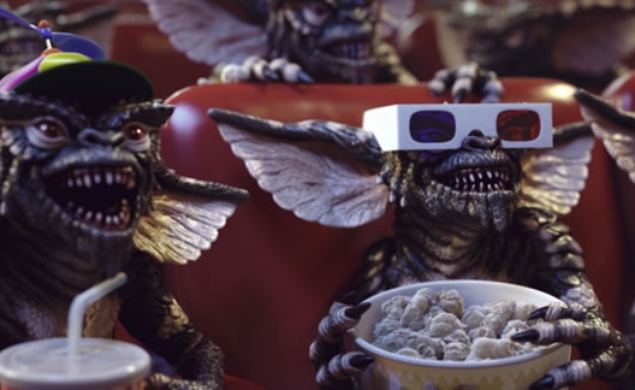 I have something a little different. Earlier this week at CinemaCon, the MPAA released its annual attendance statistics, and the news is not good for theater-owners looking to attract young people in the 18-24 demographic. Last year, attendance fell 21 percent in that age group, while people 12-24 who identify as “frequent filmgoers” are watching more movies at home or on mobile devices, not at the multiplex. That’s the bad part—at least for theater-owners.

But also this week, Nielsen released some data on how the “Millennial” generation (roughly defined as people born between 1981 and 1996) use social media and the Internet to make moviegoing decisions. And the numbers there show that even if young people aren’t going out to the movies as much, at least they are making informed choices about what they watch. Nielsen’s report says that 41 percent of Millennials check an aggregate-rating site like Rotten Tomatoes or the IMDb before they go to the movies, and eight out of 10 read movie reviews. (Hi, Millennials!) They’re also hitting social media to read what their friends have to say, and posting their own thoughts.

And see the graphs below, which relate to moviegoers of all ages: 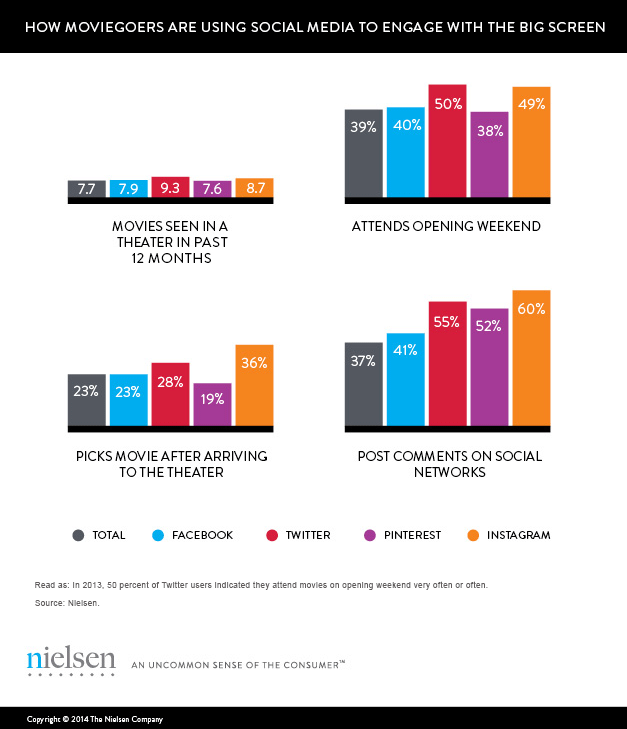 To me, the key graph there is “attends opening weekend,” which likely goes hand-in-hand with “post comments on social networks.” If people who are active on social media are starting to see movies as akin to sporting events and buzzed-about weekly television series—in other words, as something that they have to watch immediately, while the conversation is happening—then that bodes well for the future of opening weekends, at least. But these numbers also suggest that word-of-mouth is alive and well, with more mouths and more words. And that could make a difference in the long run, because people don’t need their friends (actual or virtual) to hip them to sequels and franchises. It’s the more original work that that tastemakers like to find and pass around.