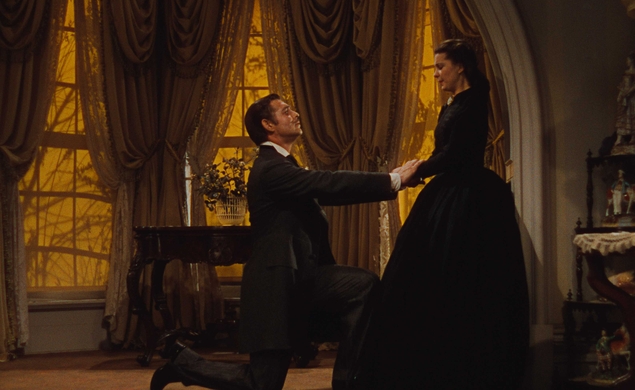 Adjusted for inflation, the highest-grossing movie of all-time—higher than Star Wars, Avatar, or even Gymkata—is still 1939’s Gone With The Wind. Any movie that successful produces attempts at sequels. Gone With The Wind novelist Margaret Mitchell refused to write a sequel in her lifetime, but in the late-1970s some $200,000 was spent on developing a big-screen Gone With The Wind 2, while one novelist after another tried to craft a follow-up book that would be satisfying to Mitchell’s estate. Alexandra Ripley’s Scarlett finally appeared in 1991, around the 50th anniversary of the film’s première, but a second Gone With The Wind movie never materialized (Scarlett instead became a television mini-series).

Don’t be surprised, though, if talk of a new GWTW begins again after the news from yesterday’s New York Times that the Mitchell estate has authorized another book set in the Gone With The Wind universe, this one a prequel. Ruth’s Journey, which will be released in October, will focus on “the life of one of the novel’s central characters, a house servant called Mammy who otherwise remains namless” and fleshes out her story from there. The novel is written by Donald McCaig, who previously wrote another Gone With The Wind-related book called Rhett Butler’s People.

There’s no mention in the Times about a potential Ruth’s Journey movie, but c’mon we’re talking about the most successful movie of all time; at some point, someone is going to try to make it. Then again, in this media climate, someone may just try to reboot the original Gone With The Wind instead. Jennifer Lawrence for Scarlett! Bradley Cooper for Rhett Butler! What do you guys think? First commenter to say “Frankly my dear, I don’t give a damn” gets a noogie.