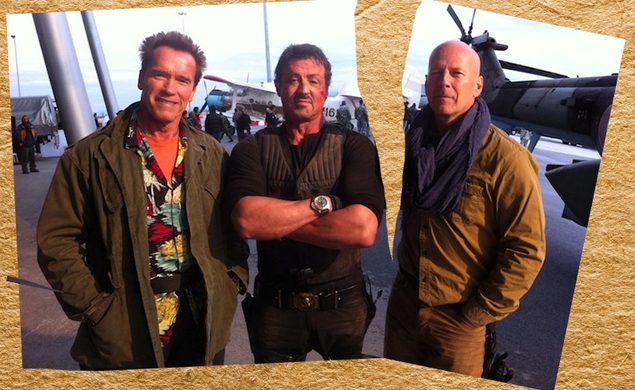 This was the day. The day Planet Hollywood stopped spinning on its axis.

As he is wont to do, Sylvester Stallone tweeted a bit of Expendables 3 casting news earlier this afternoon:

GREEDY AND LAZY ...... A SURE FORMULA FOR CAREER FAILURE

There will be time to parse what an Expendables 3 with Harrison Ford means (for one thing, it will be “perfectly appropriate”), and what an Expendables 3 without Bruce Willis means (in the previous films, Willis played Mr. Church, a shadowy government agent who gave Stallone’s team of mercenaries their missions and occasionally wore a fashion-forward blue scarf). For now, let’s simply observe the fact that Sylvester Stallone, a 67-year-old Academy Award nominee, is subtweeting at actors with unacceptable contractual demands (if by some chance he’s not subtweeting about Willis, he’s still subtweeting about someone). Truly, we live in an age of wonders.