Coolness: Arnold Schwarzenegger finds a new excuse to say “Get to the choppah!” 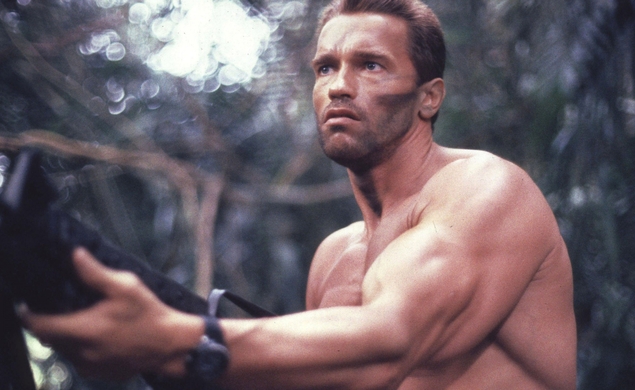 Arnold Schwarzenegger says his own catchphrases so much, you’d think he gets paid royalties every time he drops one on national television. For further proof, look at this clip from last night’s episode of The Tonight Show Starring Jimmy Fallon. Schwarzenegger was on to promote his new movie Sabotage, and participated in a comedy sketch where he played himself as the guest on a QVC show selling kitchenware. While Fallon’s character pimped a blender, Schwarzenegger had just one thing on his mind: talking about a “choppah.” And talk about a choppah he did, over and over again:

Look, I know the line from Predator is “Get to duh choppah!” And it’s pretty funny to hear Schwarzenegger geeking out on himself. But let’s not sleep on the Austrian Oak’s unique pronunciation of the word blender (“blain-duh”). That’s something very special as well.