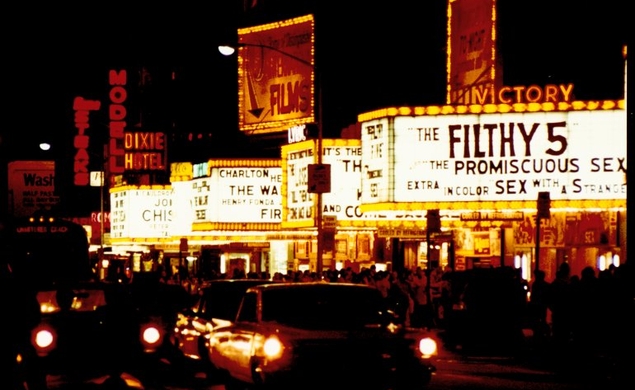 Next month sees the release of the football drama Draft Day, the script of which had the distinction of topping 2012’s “Black List,” the annual industry ranking of the best yet-to-be-produced screenplays. Also on the 2012 Black List: Times Square, by Taylor Materne and Jacob Rubin, about a young man torn between two father figures—one an ex-cop, one a mob boss—in the pre-Disneyfication era of New York City. Now it looks like Times Square stands a chance to join Draft Day, and move from the Black List to the big screen. Deadline is reporting that Focus Features has purchased the Times Square script for Justin Lin, a director who’s successfully transitioned from his indie roots to blockbusters via his work on the Fast & Furious series.

Deadline also notes the Lin is currently working on a TV pilot for CBS, and then is scheduled to make the next Jason Bourne movie (without Jason Bourne), after which he might move on to Times Square or he might take on another project he’s attached to: the John Ridley-penned L.A. Riots (another a former Black List script). Whether Lin chooses New York in the early 1980s or Los Angeles in the early 1990s, it looks like he’s ready to try something different from frenetic action pictures. When he finishes the Bourne project, I’d like to imagine that he’ll fly to Kansas, stand in the middle of the state, spin around in a circle, and then start walking until he reaches either the Atlantic or the Pacific. That’s how he’ll know what to do.