Five recent movies whose interesting titles were replaced by blander ones 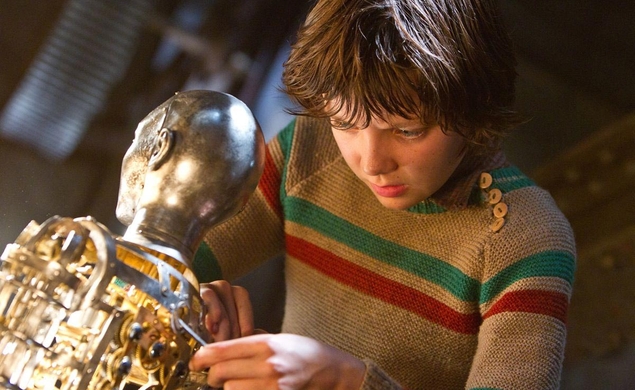 Our “Movie Of The Week” this week is American Graffiti, George Lucas’ 1973 flashback to his teenage years in small town California. Lucas had a hard time getting his backers at Universal to understand what his movie was supposed to be, and one of the biggest fights with the studio was over the title, which Universal executives hated because they were convinced it would baffle the average moviegoer, who might assume the film was Italian.

Lucas won that fight, but not every film is so lucky. Last week, the news broke that the indie comedy The F Word—due out later this year after a successful debut at the Toronto Film Festival last fall—has been retitled What If. Also due out later this year: Home, a DreamWorks Animation feature based on the far more memorably titled book The True Meaning Of Smekday. Here are five more recent films that at one point had grabby names, and then ditched them for something far blander:

Hugo (2011)
Directed by Martin Scorsese
It’s not as bad as The True Meaning Of Smekday becoming Home, but the Paramount Pictures adaptation of Brian Selznick’s young adult graphic novel The Invention Of Hugo Cabret may have lost a few potential ticket-buyers when its title was simplified first to Hugo Cabret and then the much vaguer Hugo. If nothing else, the legions of kids who’d read Selznick’s Caldecott-winning book might not have immediately realized that Hugo was based on Selznick. But even beyond that, director Martin Scorsese and screenwriter John Logan did an excellent job of taking the essence of Selznick’s story about an industrious orphan and expanding on its fascination with early 20th century technology. The movie really is about “invention,” in multiple senses of the word. Shedding the original title never made any sense.

John Carter (2012)
Directed by Andrew Stanton
The original Edgar Rice Burroughs novel this film was based on is titled A Princess Of Mars, and for most of its development it was called John Carter Of Mars. So why did Disney and director Andrew Stanton reject both of those far more evocative names in favor of the blandly simplistic John Carter? According to Stanton, it was decided that “no boy would go” to a movie called A Princess Of Mars and “no girl would go” to one called John Carter Of Mars. After John Carter opened—and tanked, because nobody wants to see a movie called John Carter except ER fanboys—Stanton revealed that at first he “bristled” at the change, which was demanded by execs because “There are just a lot of people that assume that it’s this weird astronaut/space thing when you have Mars in the title.” So instead, they settled on a title that appealed to neither boys or girls, and didn’t reflect the content of the movie, so that people who did show up were annoyed by what they found. John Carter ultimately made just $73.0 million at the U.S. box office; marketing a movie to “everyone” resulted in a product that no one wanted to see.

Brave (2012)
Directed by Mark Andrews and Brenda Chapman
Disney pulled off a similar and far more successful title switch the same year with Pixar’s animated movie Brave. Its working title under director Brenda Chapman (who was later dismissed and replaced by Mark Andrews) was The Bear And The Bow, an evocative name that hints at the film’s adventure and key mystery. Maybe that was part of the problem; Disney ultimately kept the film’s bear subplot out of its marketing materials in order to preserve the narrative’s surprise, something they couldn’t have done if the word “bear” had been in the title. Before they settled on Brave, Andrews and Disney supposedly tossed around possibilities like Brave And The Bow, The Bear King And His Daughter, and even Brave Hair (a nod to another movie about a Scottish hero, Braveheart). That last one was probably best left in the discard title, but at least it was more distinctive than the eventual winner. If nothing else, Brave’s success proved that for Pixar, the studio’s track record of excellence is a much bigger draw than any one title.

Lockout (2012)
Directed by James Mather and Stephen St. Leger
Lockout would be a great title for a movie about a guy who left his keys in his car, but it was a pretty underwhelming choice for a wry and highly entertaining sci-fi riff on John Carpenter’s Escape From New York set on a high-tech prison on an orbiting satellite. The film was released in some territories as MS1: Maximum Security, but that’s not much better either. Luc Besson should have taken the lead of Lockout’s online fans and renamed the picture Space Jail, a better fit for its absurd subject and sense of humor. Space Jail tells you everything you need to know: It’s set in space, at a space jail, and it’s really silly. A quick glimpse at IMDb reveals that only Argentina came close to getting this one right; it was released there on DVD as “Space Prisoner.” Close but no cigar (or space jail). What was it with 2012 and generic movie titles? Maybe a better question is: What is with the recent trend toward generic movie titles, and how do we reverse it?

Edge Of Tomorrow (2014)
Directed by Doug Liman
The premise of Tom Cruise’s upcoming science-fiction thriller couldn’t be much cooler: Cruise plays a coddled military officer who’s stuck in a time-loop, dying over and over in a fight against alien invaders while learning more each time about how he can defeat them. The film is based on a Hiroshi Sakurazaka novel called All You Need Is Kill, which admittedly is the kind of title that makes some people wince—but also isn’t the kind of title that’s likely to slip their mind. Edge Of Tomorrow, on the other hand, doesn’t suggest “future” so much as “soap opera.” Maybe the movie will perform so well that the title will retroactively seem perfect, much the way that Pretty Woman now seems like the only appropriate title for a film that at one point was know as 300 Dollars. But if Edge Of Tomorrow bombs, let the “What went wrong?” post-mortems begin with the name-change.