Our next Movie Of The Week: George Lucas’ American Graffiti 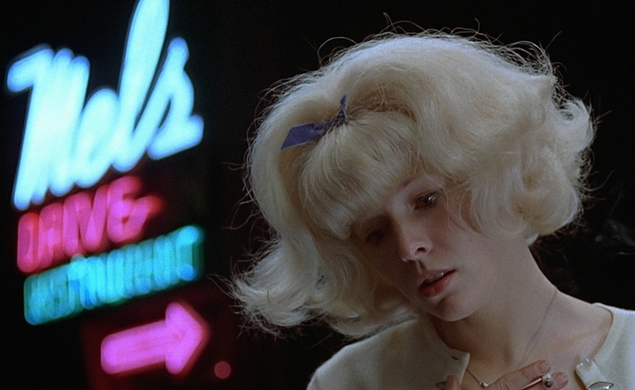 A long time ago, in a galaxy far, far away called Modesto, California, a rebellious teenager named George Lucas dreamed of leaving his small town to become a racecar driver. Lucas never fulfilled that dream, but he later channeled his memories of those years cruising up and down the streets of Modesto into American Graffiti, the story of one eventful night in the lives of four high school friends (played by Ron Howard, Richard Dreyfuss, Paul Le Mat, and Charles Martin Smith). The film became one of the most successful and important of the 1970s; it inspired countless imitators, helped popularize the use of pop music soundtracks in Hollywood, and launched Lucas’ career as a major American filmmaker. Plus, it gave him the clout he needed to make his next project, a strange and seemingly uncommercial science-fiction picture then titled The Star Wars.

For those reasons and more, we’ve picked American Graffiti as our next Movie Of The Week. On Tuesday, my Keynote will explore the role of nostalgia in the film’s conception and its narrative. On Wednesday, the staff Forum considers Graffiti’s style and structure, its depiction of early ’60s car culture, and its use of rock and roll. On Thursday, Nathan Rabin will take a look at the film’s unusual sequel, More American Graffiti from 1979. So, in the words of the trailer below, grab that special one and jump into your candy-colored custom or your screaming machine, cruise downtown and catch our discussion of American Graffiti.

Upcoming Movies Of The Week
March 25: Sweet Smell Of Success
April 1: The Cabin In The Woods
April 8: Clueless