The Dissolve on... the worst videogame movies ever made 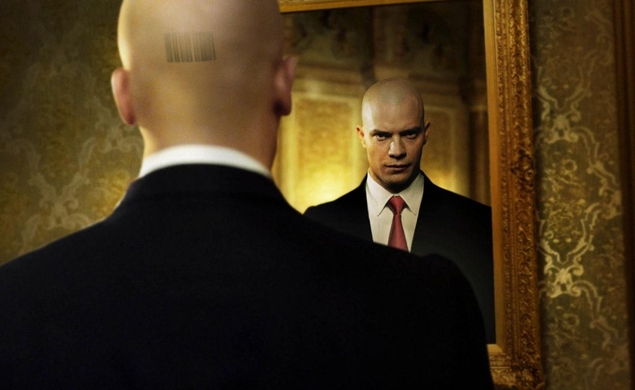 Need For Speed opens on Friday, and if the early reviews are any indication, it continues the 20-year tradition of movies based on videogames being absolutely terrible. We can argue about whether videogames are art, but we can all agree on one thing: Videogame movies, by and large, definitely aren’t art. In honor of this consistently atrocious subgenre, the staff of The Dissolve picked the worst videogame movies they’ve ever seen.

Alone In The Dark (2005): The legend of Uwe Boll, plague of gamers and guilty pleasure of bad-movie lovers everywhere, kicked into high gear with the convoluted, egregiously non-informative opening crawl for his infamous videogame adaptation Alone In The Dark. The guilty pleasures of Alone In The Dark are infinite and immeasurable, from the casting of inveterate party girl Tara Reid as a bespectacled super-smart science person to the wonderfully redundant presence of leads Christian Slater (the poor man’s Jack Nicholson) and Stephen Dorff (the poor man’s Christian Slater). But as is the case with most Boll movies, it was impossible to get the full measure of Alone In The Dark’s ingratiating nuttiness without listening to the accompanying audio commentary. Boll went on to make, by last count, more than a million interchangeable videogame adaptations, but with the exception of the audacious, underrated Postal, he never made anything as distinctively batshit or entertaining as this demented exercise. —Nathan Rabin

Wing Commander (1999): Wing Commander picked up some extra business back in 1999 because it was one of the first films to be preceded by a trailer to Star Wars: Episode I—The Phantom Menace. Those who stuck around for the main attraction saw a movie trying, and failing, to live up to the standards of a videogame series inspired by Star Wars. (Mark Hamill even appeared in some of the games, and provides a voice in the film.) Though the games were lauded at the time for their cinematic qualities, director and series creator Chris Roberts clearly struggled when tasked with making a good-looking film that told a coherent story at feature length. Instead, it’s rinky-dink in every way, from the effects to an earnest-but-thin lead performance from Freddie Prinze Jr. My memory might not be correct on this, but I recall co-star Matthew Lillard actually shooting the camera a “Can you believe this shit?” look at one point. If he didn’t, he should have. —Keith Phipps

Bloodrayne (2005): Like my fellow Dissolvers, I immediately thought: “Which Uwe Boll movie do I pick?” Or at least “Which Uwe Boll movie isn’t taken yet?” Bloodrayne isn’t a cut-rate-toy version of The Lord Of The Rings like In The Name Of The King: A Dungeon Siege Tale, and it doesn’t have a bespectacled Tara Reid as an archaeologist, as Alone In The Dark does, but when the most memorable scene is “Lady Terminator” Kristanna Loken engaging in acrobatic dungeon sex, an argument can be made for it. Bloodrayne has all the hallmarks of a Boll production—dim Eastern European locations, incoherent action sequences, gratuitous violence—but perhaps its biggest crime is squandering an unbelievable supporting cast. It takes true anti-talent to bring together Michael Madsen, Meat Loaf, Udo Kier, Ben Kingsley, Michael Paré, Michelle Rodriguez, and Geraldine Chaplin for a movie, and make it this dull. —Scott Tobias

Street Fighter (1994): Even before I read Chris Plante’s comprehensive article yesterday about the disastrous behind-the-scenes story of Street Fighter, I knew this movie was going to be my answer to this question, if only so I could share how a friend of mine who worked on the movie once told me the crew called it “Shit Fucker.” But Plante’s piece cuts to the core of what’s wrong with Street Fighter, namely that the studio, the toy company, and the videogame company all had demands for the movie, and the result looks and feels like a limited-animation Saturday-morning cartoon come to life, with little connection to the actual game beyond the characters’ names and costumes. (By comparison, the next year’s Mortal Kombat is pretty much nothing but people beating each other up, and is actually entertaining.) Street Fighter ended up being the final film of the great Raúl Juliá, which makes it all the sadder. —Noel Murray

Hitman (2007): While In The Name Of The King was technically worse than Hitman (and the sequel In The Name Of The King: Two Worlds was worse than either, to the point where it can only barely be considered a movie), Scott and Nathan have the Uwe Boll bafflement covered already. Besides, while King has faded in my memory, Hitman has stuck with me vividly, because it has one of the most bottom-scrapingly stupid plots in the history of cinema. A shadowy international assassination organization—straight-facedly described as “so secret, no one knows it exists,” even though it “has ties to every government,” sends its best killer (Timothy Olyphant) to murder the Russian president in an extremely public setting. But once the president is dead, his body double, who ordered the hit, takes his place, and the shadowy organization sends all its bald-headed, bar-code-tattooed agents to kill Olyphant to cover up. Why make the entire world believe the president is dead before replacing him? Why waste your best guy on a spectacularly ill-conceived suicide mission, then waste all your other agents on trying to take him out? Why does the group want to kill Olyphant to cover their tracks, when he’s a functionary who knows nothing about who called for the hit, and when the murder happened on live TV in a crowd, so the entire world already knows everything he knows? Why are professionally anonymous assassins given such a distinct look that anyone could pick them out of a crowd? Not a single thing about Hitman follows from one moment to the next, but people with an extremely specific fetish for watching Olga Kurylenko desperately humping the fully clothed, completely disinterested Olyphant until he drugs her to make her stop can certainly get their jollies here. —Tasha Robinson

Mortal Kombat: Annihilation (1997): The first Mortal Kombat wasn’t exactly a classic, but it’s practically The Rules Of The Game compared to this sublimely bad sequel. Picking up immediately where the first film left off (but replacing most of the cast with less-talented look-alikes), Annihilation has the heroes of Earth repelling an invasion by the haughty evildoers of Outworld, who like to punctuate their schemes with sudden front-flips and supervillain cackles. (“Father, the merger has begun! Earth is under attack! And it! IS! GLORIOUS!”) The ineptitude on display—from the writing to the acting to the shockingly low-rent special effects, which wouldn’t have passed muster as cutscenes on a Sega CD game—is so thorough, it’s almost impressive; it doesn’t seem possible that a movie this poor got released on more than 2,000 screens. When a clip from your movie shows up on YouTube under the title “The Worst Line In Scriptwriting History,” and that’s only the fourth or fifth worst moment in the film, you might be in trouble.  —Matt Singer