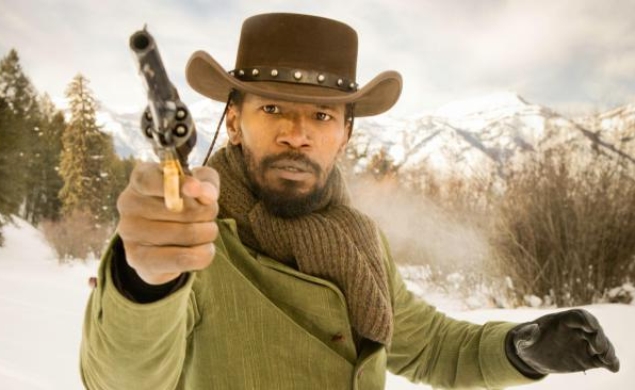 Back in 2009, Screen Gems and producer Will Packer acquired Dave Lease and Megan Hinds’ spec script for an action-comedy called The Black Phantom, described as the story of a white hitman who asks a black colleague to help him figure out who double-crossed him, unaware that the black hitman has the contract to kill him. At the time, Doug Aarniokoski was attached to direct (pre-Nurse 3-D), but the project stalled. Now, according to Variety, Packer is ready to leverage the success of his recent hit Ride Along into a Black Phantom revival, and he wants to tap his Ride Along director and star—Tim Story and Kevin Hart—to make the movie with him. Reports say that Jamie Foxx is also in the mix to co-star, with Foxx’s Annie producer Will Gluck partnering with Packer.

If the film gets all the way off the ground this time, some questions still need to be answered, like: Who would make the better Black Phantom in this relationship, Foxx or Hart? And does making both leads African-American necessitate any changes in the script, or is the race of the protagonists irrelevant? (Seems unlikely, given the title.) However this all goes down, the deal itself speaks to the growing power of Story, Packer, and Hart, all of whom appear to be on their way to becoming Foxx-level A-listers, if they’re not already there.