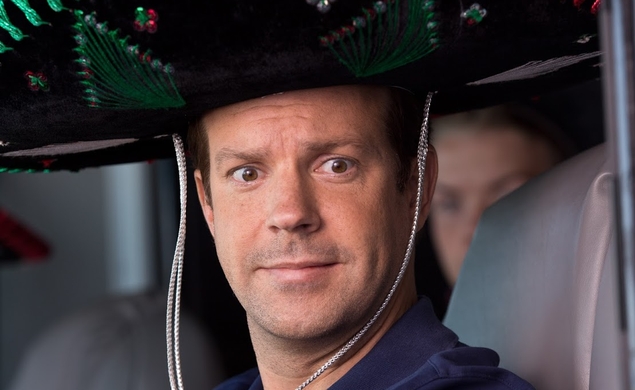 You have to go back to 2000 to find the origins of the third Fletch film, back when Kevin Smith was hired to write and direct Fletch Won, a sort of prequel to the previous two movies starring Chevy Chase as the investigative journalist hero of the popular series of novels by Gregory Mcdonald. Smith’s Fletch film was developed for years, sometimes mentioned as a possible vehicle for the director’s Chasing Amy star Ben Affleck, and sometimes mentioned as a possible vehicle for the director’s other Chasing Amy star, Jason Lee. When Harvey Weinstein and Miramax refused to cast Lee in the part, Smith left the project. Another version started up around 2007, when Scrubs creator Bill Lawrence got his hands on the material as a possible vehicle for his Scrubs star, Zach Braff. That movie never happened either.

According to The Hollywood Reporter, the latest actor interested in Fletch is Jason Sudeikis, who they report is now in talks to star as the character in a reconfigured version of Fletch Won. This one is written by David List. As THR describes it:

“Fletch Won is an origin story, described as a gritty action comedy with heart and more tonally in line with Mcdonald’s novels than the Chase movies.”

I love that after yesterday, when I went off on a mini-rant about producers promising “gritty” superheroes and “faithful” remakes, here we have a reboot origin story that claims it will be both gritty and faithful. Not everything has to be gritty, guys!

Based on Sudeikis’ film work as a sarcastic, frequently stoned troublemaker in comedies like Horrible Bosses and We’re The Millers, the Fletch character seems like no-brainer casting. As a fan of Sudeikis’ stint on Saturday Night Live, though, I’m a bit dismayed to see him getting typecast over and over in the same sorts of roles, when his SNL highlight reel proves he’s got a lot more range than Hollywood is letting him use. It does seem that filmmakers just see him as as a suave and smarmy jerk—Chevy Chase: The Next Generation—and making Fletch Won will only cement that reputation. The role does seem like a good fit for him. I just worry that it’ll be such a good fit, he’ll never be able to take it off.