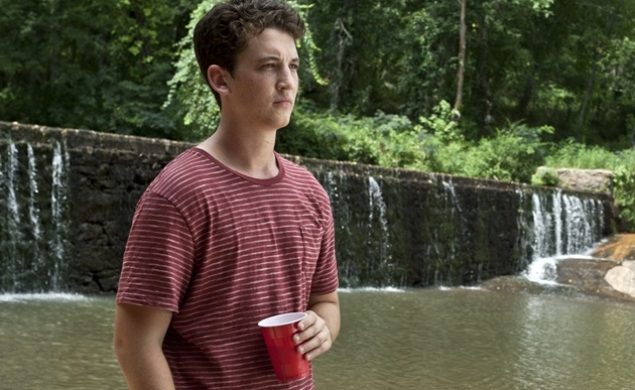 So the new quotes from future Fantastic Four star Miles Teller, on what fans can expect from his upcoming FF reboot, directed by Chronicle’s Josh Trank and co-starring Kate Mara, Michael B. Jordan, and Jamie Bell, aren’t particularly surprising. This, he promises, will be a “very grounded” movie about astronauts who are bombarded by cosmic rays and become a crazy foursome of space adventurers with incredible powers and costumes made out of unstable molecules, people who fly around New York City in a ship called a “Fantasticar.”

Admitting he isn’t much of a comic-book fan, Teller told IGN he was attracted to the project by Trank and his screenplay:

“When I read the script, I didn’t feel like I was reading this larger-than-life, incredible supehero [sic] tale. These are all very human people that end up having to become I guess what is known as the Fantastic Four. So for me it was just a really good story and gives me an opportunity to play something different from my own skin. It’s a proper character and that’s my favorite stuff to do.”

It is entirely possible that Trank’s Fantastic Four is a vastly different take on the material, that it’s actually about fleshed-out characters in a much leaner movie than we’ve come to expect from superhero blockbusters, including the previous Fantastic Four movie. It’s also possible that it’s a massive, poppy spectacle about a family of superheroes who can stretch and turn into living fire, and who fight a guy from a made-up Eastern European country who never takes off his robo-armor suit—and it’s also very grounded. I am reminded of the great scene from Sullivan’s Travels, where the idealistic director declares his desire to make a picture that will “hold a mirror up to life” and depict “a true canvas of human suffering,” while the studio executives keep repeating “But with a little sex in it.”