Five more “life in a day” movies like Dazed And Confused 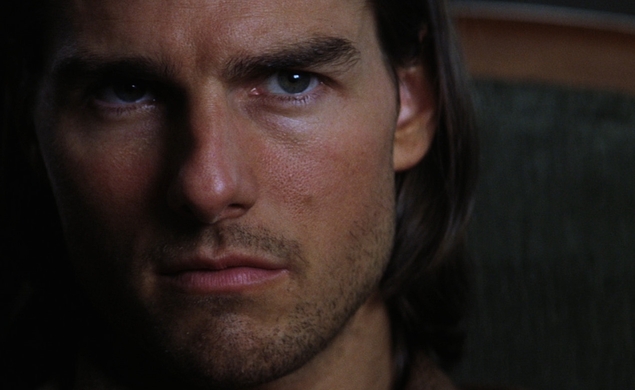 Our Movie Of The Week this week is Richard Linklater’s Dazed And Confused, which takes place over the course of one day—or, more accurately, from one afternoon to the following morning. It’s not the only Linklater film that watches the clock, as it were; all three of his Before films cover less than 24 hours of action, as does Slacker. Linklater is clearly a fan of the “life in a day” structure for film, which compresses a batch of unexpected adventures into a limited location and timeframe. Our next MOTW, American Graffiti, does the same. As do the following five films:

After Hours (1985)
Directed by Martin Scorsese

A lot of “life in a day” movies ping between a bunch of different colorful characters, but Martin Scorsese’s After Hours holds on one ordinary schlub: Paul Hackett (Griffin Dunne), a stressed-out New York office drone who gets enticed by a hip, attractive young woman (Rosanna Arquette) into dropping by her apartment, which leads to one long, weird night. Stranded in a part of the city populated by arty eccentrics—in a way more dangerous than actual criminals—Paul becomes increasingly desperate, and Scorsese uses his plight as an excuse to document the New York of the mid-1980s, with the help of cinematographer Michael Ballhaus’ kinetic camera. Many of the movies that squeeze their action into one day are calling back (consciously or unconsciously) to James Joyce’s novel Ulysses, which treated the everyday journey of an everyday guy as something Homeric. After Hours is more overtly epic and bizarre—and thus true to its New York roots.

Because so much is happening in Paul Thomas Anderson’s multi-character melodrama Magnolia—and because Anderson spends over three hours telling everyone’s stories—it’s easy to forget that aside from the prologue, all of the action in the film happens within a 24 hour timeframe, in locations across the San Fernando Valley. Long-feuding family members reconcile (or don’t), people die (or try to), new relationships are forged, and folks of all ages grapple with their legacies, all while a biblical judgment looms. During the most exciting stretch of Magnolia, Anderson jumps from character to character during the course of about an hour of their lives, distilling his take on family, Los Angeles, show business, love, God, and just about anything else that matters into a series of sadly un-shared moments, happening simultaneously.

One of Wet Hot American Summer’s best jokes is its playful mockery of the classic day-in-the-life structure of most teenage movies. It’s not only a particularly eventful day in the life of one of its characters; it’s seemingly the most eventful day in the lives of all of its characters, as they prepare to end another summer at a sleepaway camp in Maine. Two characters fall in love, while another pair develop and choreograph an entire talent show. Plus our hero, Coop (Michael Showalter), pines for a girl (Marguerite Moreau) while her obnoxious boyfriend (Paul Rudd) cheats on her with a fellow camp counselor who tastes like a burger (Elizabeth Banks). In any other movie, two characters’ secret wedding would be the big emotional climax. In Wet Hot, it’s a throwaway scene between gags about the camp’s combat-shocked veteran (Christopher Meloni) carrying on conversations about fellatio with a can of mixed vegetables.

Paul Thomas Anderson also had a hand in Robert Altman’s final film, agreeing to serve as an uncredited assistant director in order to reassure the insurance company that A Prairie Home Companion would be completed even if the visibly weakened Altman couldn’t go the distance. It’s unknown how much work on the film Anderson actually did—if any—but A Prairie Home Companion certainly feels more like an Altman film than an Anderson film, using a fictional final broadcast of Garrison Keillor’s popular public radio show as a way to gather a typical Altman ensemble and then let them play off each other. Lily Tomlin, Meryl Streep, Woody Harrelson, John C. Reilly, and Keillor himself are among the performers who take the stage—and carry on discursive conversations backstage—while Altman enjoys their company, one last time. A brief epilogue violates the “life in a day” convention a bit, but for the most part this is a movie about a ticking clock during one momentous evening, throughout which Altman himself greets the specter of death with a smile and a shrug.

In this haunting portrait of addiction, a recovering drug user named Anders (Anders Danielsen Lie) is granted a day pass from the rehab center where he lives in order to head to Oslo for a job interview. Afterwards, he spends the afternoon and night wandering the city, visiting old friends and haunts, and trying to resist the urge to give in to temptation. The passage of time plays a key role in the film, most clearly in the early scene where Anders walks to a secluded forest lake, fills his pockets with rocks, and attempts to drown himself. As he slips under the water, the camera remains perched just above the surface; as agonizing seconds tick by without a cut, we wait and hope he’ll come back up for air. Stamping the date right on the title suggests how crucial this single 24-hour span is in the life of this man. At age 34, he’s worried that it’s too late for him to start over. This one day will prove whether he’s right or wrong.