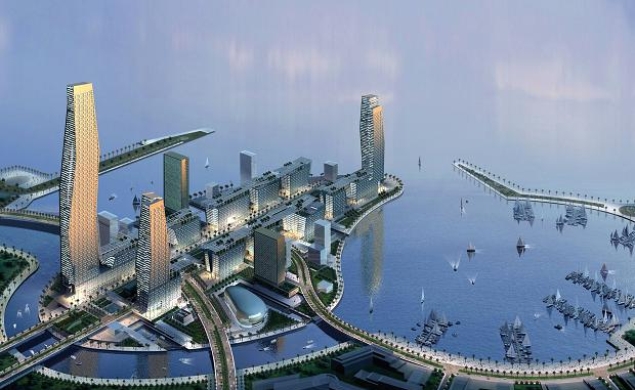 The Wachowskis and Tom Tykwer’s Tom Hanks-starring adaptation of David Mitchell’s Cloud Atlas didn’t become the awards-season or box-office juggernaut that many were expecting, but it was a film of impressive ambition, striving to make a complicated novel cinematic. And apparently Hanks enjoyed the experience enough to re-up with Tykwer on another literary adaptation, signing on as a co-producer (via his Playtone shingle) and lead of Tykwer’s A Hologram For The King, which, according to a press release, began shooting today in Morocco.

Based on Dave Eggers’ National Book Award finalist, the movie will star Hanks as a corporate shill enduring some personal economic stress, who travels to one of those futuristic cities-in-the-desert in the Arab world to try and sell an IT infrastructure to the area’s founder/ruler. Tykwer is best-known for stylish thrillers like Run Lola Run, Perfume: The Story Of A Murderer, and The International, so a movie described as “a comedic drama” suggests Tykwer is stretching himself creatively. But the lead role sounds tailor-made for Hanks, who’ll be joined by Sarita Choudhury, Omar Elba, Tracey Fairaway, David Menkin, and Tom Skerritt. No word on a release date for this, but unless post-production is especially challenging, this could well be part of this year’s crop of awards contenders.