Steven Spielberg considering a remake of West Side Story 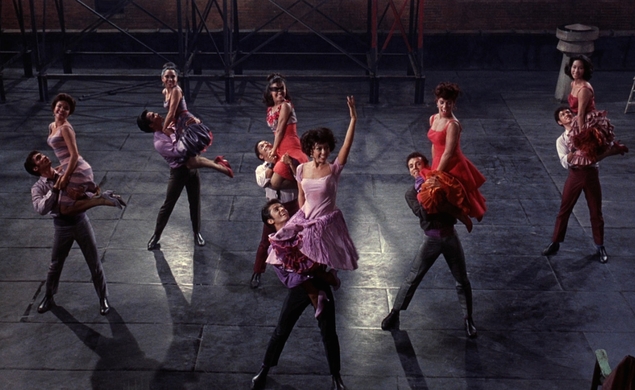 Could it be? Yes, it could. Something’s coming, and according to Deadline, it’s a remake of West Side Story by Steven Spielberg:

“Fox has unlocked that movie title for a remake specifically because Steven Spielberg is interested in making it. No writer has been set yet and Spielberg hasn’t done anything more than register his interest.”

The classic 1957 Broadway musical conceived and choreographed by Jerome Robbins, with music by Leonard Bernstein and lyrics by Stephen Sondheim, was made into the 1961 film of the same name by Robbins and co-director Robert Wise. The West Side Story movie became a massive hit and won 10 Oscars out of 11 nominations, including Best Picture, Best Director, Best Supporting Actor (George Chakiris) and Best Supporting Actress (Rita Moreno). Trying to remake it is not like trying to remake Citizen Kane—but it’s close.

There’s certainly no guarantee this new West Side Story will happen; Spielberg’s only expressed an interest in remaking the film, and he has a habit of developing material that never makes it to the big-screen. (He’s been working on a possible film version of the novel Robopocalypse, for example, since 2011.) Like the Sondheim and Bernstein song says, who knows? It’s only just out of reach.