Marvel reportedly locks Thomas Kretschmann down for more than Avengers: Age Of Ultron 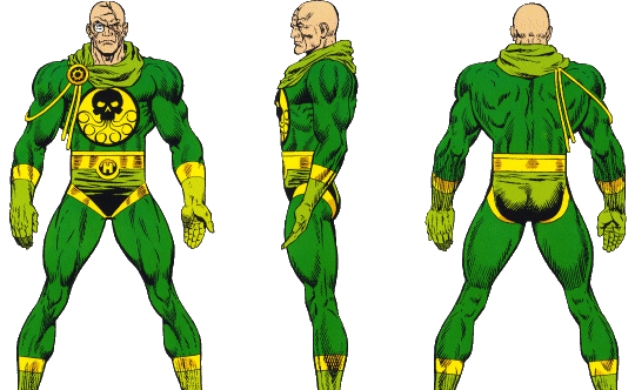 Like a corporation buying up raw material before the competition swoops in, the executives in Marvel Comics’ moviemaking division have been busily snapping up talent, assuring that its larger schemes for an interconnected cinematic universe proceed unimpeded. German actor Thomas Kretschmann—familiar to American audiences from King Kong and Transsiberian, among other films and TV series—agreed earlier this year to play the Nazi-turned-HYDRA-boss Baron Wolgang von Strucker for a few scenes in next year’s Avengers: Age Of Ultron, but that may not be the end of the evil Baron’s presence in the Marvel-verse. The website /Film picked up an interesting tidbit from the Berlin-based site B.Z., which featured an interview with Kretschmann in which the actor said he’d agreed to a multi-picture deal, though he couldn’t reveal what the other projects might be. Given that the Marvel reach now extends to team movies, solo adventures, TV series, and Netflix exclusives, Kretschmann could be spending the near future sitting by the phone, costume neatly folded beside him, ready at a moment’s notice to menace Captain America or Iron Fist, or to team up with that guy who used to play Gunn on Angel.

Here’s the real question, though: Do the various people who are developing these films know the master-plan? Or all they working on parallel projects in their individual offices, while someone in a big boardroom upstairs surveys a massive table covered with tiny pieces, moves a few around, adjusts his (or her) monocle, and chuckles menacingly?