Ads for Noah will carry a disclaimer about its “artistic license” 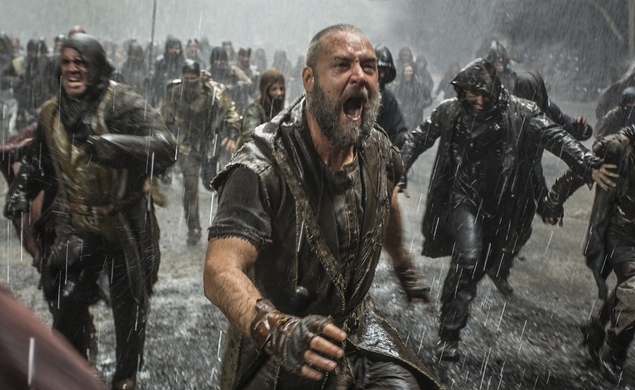 Darren Aronofsky’s Noah is turning into a hot potato for its studio, Paramount Pictures. After months of rumors about fights over which version of the film would be released, it was ultimately decided that Aronofsky’s preferred cut would be the one to open in theaters in March 2014. But that leaves Paramount in a tough situation. The studio wants to sell the movie to Christian consumers, but the vision of Noah and his ark put forward by Aronofsky, who was raised Jewish, may not jibe with the one they expect to see from the Bible.

In other words, there’s a potential storm of negative publicity brewing, and Paramount is doing its best to build itself a proverbial ark by reaching out to religious groups, and tailoring the marketing to compromise with various sensibilities. According to The Los Angeles Times, Paramount is going to put a lengthy disclaimer on a large portion of its future marketing materials for Noah to “appease potential religious critics.” It reads:

“The film is inspired by the story of Noah. While artistic license has been taken, we believe that this film is true to the essence, values, and integrity of a story that is a cornerstone of faith for millions of people worldwide. The biblical story of Noah can be found in the book of Genesis.”

It’s sort of like selling a comic-book movie to fanboys: The filmmakers need to make it seem like they’re staying 100 percent faithful to the source material. If they don’t prepare people for their unique take—like maybe they give Noah organic web-shooters or something—some viewers will get very angry. The Times says Parmaount is putting this disclaimer on “future marketing materials… the film’s official website, and 100% of print and radio, as well as a percentage of the film’s online and broadcast” ads.