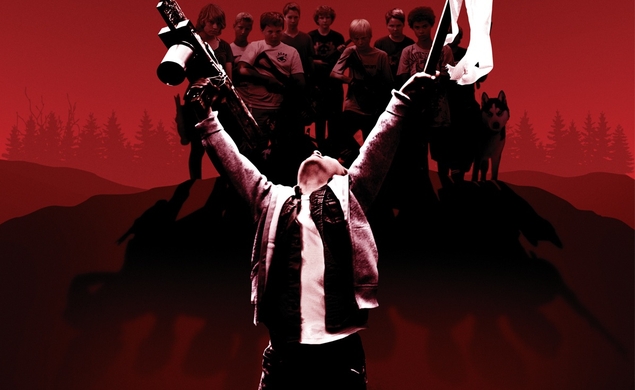 A simple backyard game becomes an epic battle in I Declare War, the critically acclaimed indie from directors Jason Lapeyre and Robert Wilson about a bunch of kids who take their capture the flag very seriously. The film premiered at the 2012 Toronto International Film Festival and went on to win the Audience Award at last fall’s Fantastic Fest. Festival founder Tim League's Drafthouse Films eventually acquired I Declare War, and scheduled a release for later this summer. Today we’ve got an exclusive look at the film's official one sheet: 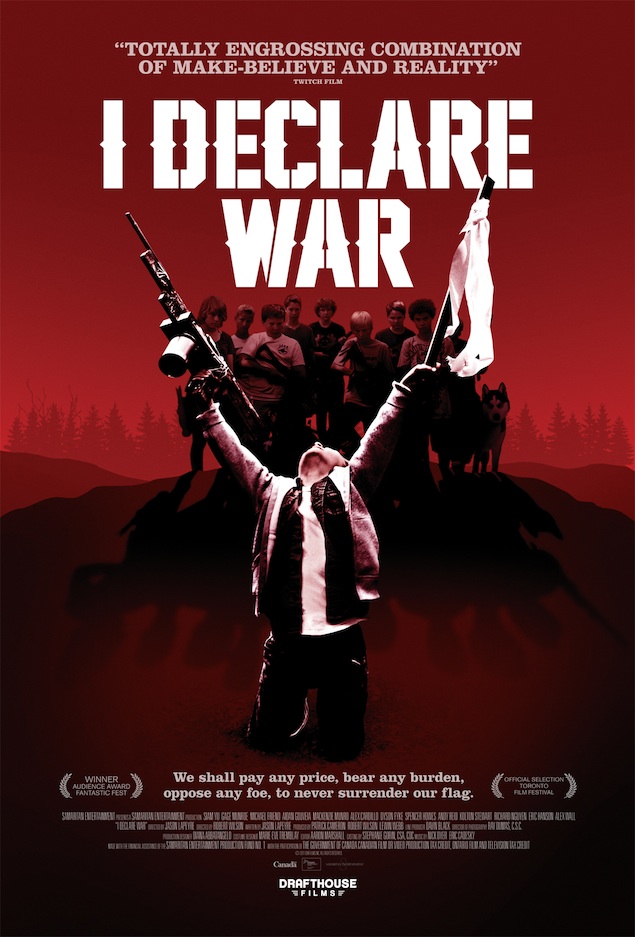 The film, which drew comparisons to novels (and movies) like Lord Of The Flies, The Hunger Games, and Stand By Me, earned a ton of positive buzz at Fantastic Fest last year, but I never got a chance to see it myself. I’m looking forward to checking it out when I Declare War premieres on VOD, iTunes, and digital download on July 26th, and in theaters on August 30th. Here’s the official synopsis:

Armed with nothing more than twigs, their imaginations and a simple setoff rules, a group of 12-year-olds engaged in a lively game of Capture the Flag in the neighborhood woods start dangerously blurring the lines between make-believe and reality. Rocks = Grenades. Trees = Control towers. Sticks = Submachine guns. The youthful innocence of the game gradually takes on a different tone as the quest for victory pushes the boundaries of friendship. The would-be warriors get a searing glimpse of humanity’s dark side as their combat scenario takes them beyond the rules of the game and into an adventure where fantasy combat clashes with the real world.

One more note for poster fans: Mondo just announced their San Diego Comic-Con exclusives, including new art for Conan The Barbarian, Spirited Away, and Stephen King’s The Dark Tower by Drew Struzan.