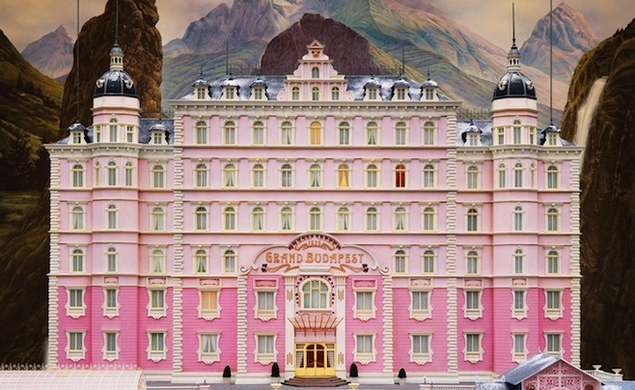 In “Soundtracking,” The Dissolve listens to the official soundtrack albums for upcoming or recently released films, to consider how the music serves the movie—either as a teaser for what’s to come or a souvenir of what’s already out.

The movie: The Grand Budapest Hotel, Wes Anderson’s film about a 1930s concierge (played by Ralph Fiennes) who gets accused of murder at the Eastern European hotel where he works, and then goes to extraordinary lengths to clear his name.

The composer: Alexandre Desplat, the multi-Oscar-nominated French musician whose scores for films like Birth, The King’s Speech, and Anderson’s Fantastic Mr. Fox are known for combining world music and classical elements into a dreamy, atmospheric fog.

The album: From Bottle Rocket on, Wes Anderson’s films have mixed light instrumental scores with vintage pop, but The Grand Budapest Hotel’s soundtrack is mostly the work of Desplat alone, with only a couple of old Russian folk songs and classical pieces sprinkled in. The non-Desplat tracks serve as guideposts to Desplat’s score, which has a distinctly Old World feel, balancing the cool elegance of orchestral music with the warmth of sentimental pub ditties and yodeling. The tone of the music evolves over the course of an hour, growing more dramatic and ominous, evoking secret societies and the clatter of heavily uniformed soldiers moving in formation. A lot of the songs on The Grand Budapest Hotel soundtrack begin with exactly the same beat and instrumentation as the ones that preceded them, making the album feel like a unified piece of music, with distinct movements. And while Desplat borrows from the past, the score doesn’t feel like a nostalgic pastiche. Desplat keeps some modern cleanness and openness to the sound, sometimes relying on just a couple of instruments and a wistful melody.

The song that defines the soundtrack: In “The Cold Blooded Murder Of Deputy Vilmos Kovacs,” Desplat keeps the swift tempo that runs under a lot of his music for The Grand Budapest Hotel, but shows some reserve in the way he layers the elements, as the stringed instruments and pipe-organ give way to one lone, insistent brushed drum. It’s a snappy song, but also enjoyably nerve-wracking.

Where to hear it: The soundtrack’s street date is March 3rd, but from now until March 2nd, it’s streaming at our parent site Pitchfork.