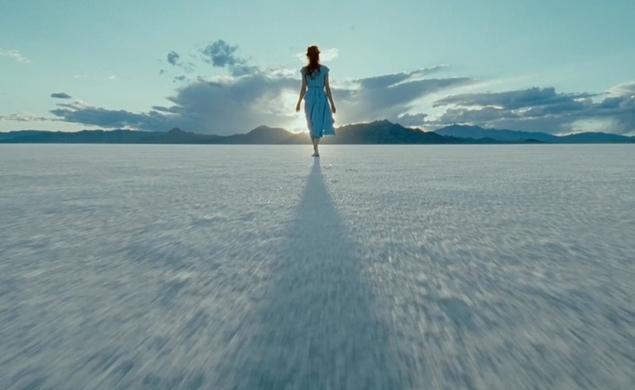 Notoriously reclusive and unhurried filmmaker Terrence Malick has been on an unusually prolific streak as of late. After 2011’s The Tree Of Life came 2012’s To The Wonder, and Malick is reportedly nearly finished with two more features, Knight Of Cups with Christian Bale, and an untitled project about Austin musicians that stars Bale, Ryan Gosling, and Michael Fassbender. That makes four projects in four or five years; Malick’s previous four films took him over twenty years.

But all that productivity has come at a very literal cost, because Malick has yet another film in development that he hasn’t finished: The Voyage Of Time, an expansion of the origins of the universe sequences from Tree Of Life. The IMAX documentary narrated by Brad Pitt and Emma Thompson was supposed to open in 2014, but last July Malick’s investors, Seven Seas Partnership, filed suit against the director, claiming he’d “spent $3.3 million of investment money as well as $2.5 million from a not-for-profit foundation with ‘nothing to show for it.’” They also alleged that Malick had actually spent his Voyage Of Time budget on other upcoming projects. Several months later, Malick’s production company, Sycamore Pictures, countersued, claiming that Seven Seas was wrong and had failed to comply with its financial obligations.

In the latest development of this saga, The Guardian reports that the two sides have reached a settlement. They have agreed to drop their lawsuits, as long as Malick’s company pays “an undisclosed ‘payment obligation to Seven Seas’ within nine months, ‘or such longer period as agreed in writing by the parties.’” No word on the state of Voyage Of Time, or when (or if) we can expect to see it anytime soon. But Malick fans are used to waiting for his work.