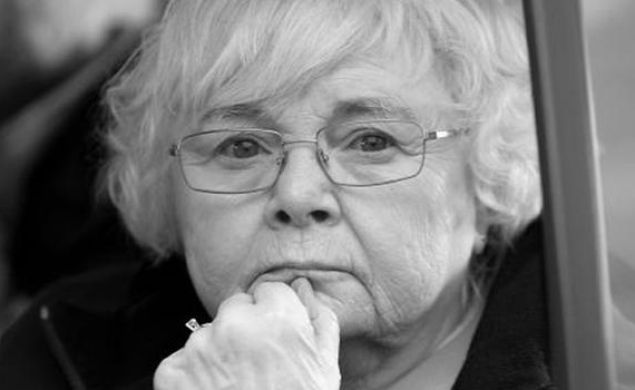 In just a couple of days, we’ll know whether June Squibb will become, at age 84, the oldest actor ever to win an Academy Award (crushing that whelp Christopher Plummer by two full years). Yet not so long ago, Squibb didn’t know if she’d even land the role in Alexander Payne’s Nebraska that now has her on her way to the red carpet. Squibb worked with Payne on the 2002 film About Schmidt, playing a much softer character than the sharp-tongued, non-nonsense Kate Grant in Nebraska. It took some time and some convincing to persuade Payne to give her a chance But then Squibb is nothing if not patient. A Broadway baby who appeared in the original run of Gypsy back in 1959, Squibb didn’t make her first movie until she appeared in Woody Allen’s Alice in 1990, at age 61. Since then she’s worked steadily in movies and television, bringing a lifetime of theater training to bear on characters who all seem to have simple exteriors and complicated inner lives. Nebraska is out on DVD and Blu-ray this week, and in conjunction with its release, Squibb spoke with The Dissolve about how she builds these women, in collaboration with some of the great directors of this era.

The Dissolve: What advantages are there in working with a director like Alexander Payne for the second time?

June Squibb: Well, I know him. It’s great to have a history. Usually, you’re going into the first day not knowing your director. With Alexander, I know how he works, so there’s a comfort zone there.

The Dissolve: Payne’s films—and Nebraska in particular—have a very precise tone, at once dry and little exaggerated. How does he convey what he wants?

Squibb: I don’t think he goes out of his way to establish a tone. Probably for him it has a lot to do with the actors he chooses, and what they’ve presented to him before that made him feel that they could do this. But he doesn’t really talk about tone, in terms of his films.

The Dissolve: Kate is maybe the most important character in Nebraska, because if the audience doesn’t sense her affection for Woody (played by Bruce Dern) then he comes across as a lost cause. Did Payne talk about this with you at all?

Squibb: I think I found it in the script, because we never really talked about that before shooting. I think just reading the script, and seeing her defending her family the way she did in the script, told me that there was a great deal of love there. I felt from the minute I read the script that she did love her husband.

The Dissolve: What about the never-wholly revealed past of the Grant family? Did you have to add some of your own interpretation to that?

Squibb: I thought about it a lot, yeah. I did work on that for myself. I think I understood why they left that town. There are hints when she says to Woody, “You’re lucky I took you away from here.” But I filled it out the rest for myself.

The Dissolve: Was Kate inspired by anybody from your own childhood in rural Illinois?

Squibb: It’s funny because when I was shooting this I did not think at all of anyone, but when I saw it, I thought of my mother, and in truth, there’s an awful lot of her in Kate. She also had two sisters who were pretty strange at times, and I think I saw all three of them there. They were all just sort of kooky women. They weren’t normal.

The Dissolve: You and Bruce Dern have both been in the business for a long time, but mostly on different coasts. Had your paths ever crossed before Nebraska?

Squibb: I’d never even met Bruce before. I’ve seen all his films, and he said he saw the Gypsy I did in New York, on Broadway. So we’d seen each other. [Laughs.] But I’d never met him. I love him. He’s great. He and Will [Forte] both, we spent so much time together. And Bob Oedenkirk. It was a great cast. And Bruce… Bruce is a very strong man, and he’s a wonderful actor. He’s been trained so well and he really works well, so it’s a joy to work with him. And then he’s full of Hollywood stories, about all the different directors he’s worked with, so he would keep Will and I entertained as soon as the camera went off.

The Dissolve: You’ve racked up a fairly impressive list of directors yourself. You’ve worked with Martin Scorsese, Todd Haynes, Alexander Payne twice, Martin Brest twice. Is there any commonality between great directors?

Squibb: I’ve found, with film, the commonality is that they all want it real. Woody Allen even said that to me. “I want it real.” That’s the only direction he ever verbally gave me. And I remember Scorsese said the same thing. That’s truly what they want in film, is they want to see the reality of this person.