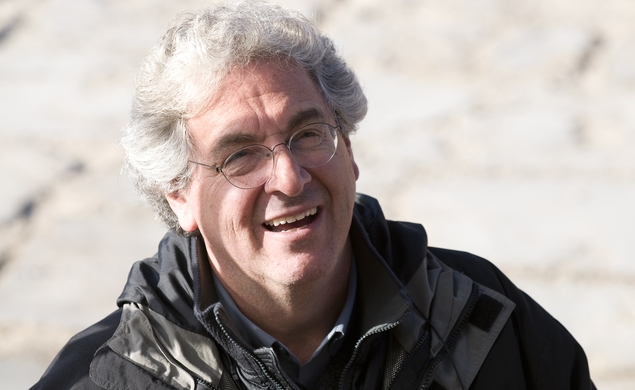 The Chicago Tribune reports the sad news that Harold Ramis, writer and director of some of the greatest comedies of the past few decades, has died. He passed away early Monday morning “after a long illness.” He was 69 years old.

The Chicago-born Ramis joined the city’s famous Second City improv comedy troupe after college; success there led to a spot on The National Lampoon Radio Hour (with Chevy Chase, John Belushi, Gilda Radner, and frequent future collaborator Bill Murray), which led to a spot on a National Lampoon stage show (produced by frequent future collaborator Ivan Reitman). Ramis later became the first head writer of SCTV and from there he began writing film screenplays, many of which turned into the most popular and memorable comedies of the era: National Lampoon’s Animal House, Meatballs, Stripes, and Ghostbusters. As a director, he made Caddyshack, National Lampoon’s Vacation, Analyze This, and Groundhog Day, among others. Although he wasn’t a huge household name, his movies were as ubiquitous as any made in the last 40 years; literally everyone born in that period has seen (or, more likely, loved) one (or, more likely, all) of those movies.

I’m a child of the ’80s and, as stereotypical as it is to say now, I’m a huge Ghostbusters fan; it’s the film I’ve watched more times than any other. Ramis co-wrote it with Dan Aykroyd and co-starred as Egon Spengler, the droll egghead of the team of parapsychologists-turned-entrepreneurial-spook-hunters. I was just a few years old when Ghostbusters premièred in 1984, but I watched and rewatched it over and over again throughout my childhood, my teenage years, and into adulthood. I realize now a big reason why: because the Ghostbusters are nerds. They’re Ph.D.s who sit around running experiments and playing with gadgets, but they still save the world and one of them even gets the girl. A good deal of credit for that appealing notion belongs to Ramis, whose movies were often about outsiders and misfits who didn’t belong in tony universities or snobby country clubs, but who prove the value of their unorthodox ideas and behaviors. Harold Ramis’ movies made it cool to be weird.

Ghostbusters is my sentimental favorite, but Groundhog Day may be Ramis’ greatest achievement. The Dissolve’s Nathan Rabin wrote about the film, the brilliant tale of a jerk (Murray) doomed to relive the same day over and over until he shapes up his act, as part of his recent Career View of Murray, saying that it “Trojan-horses a quietly profound exploration of what it means to be human inside a perfectly crafted mainstream comedy” and crediting Ramis for writing and directing it “with almost mathematical precision.” Like Ghostbusters—and so many of Ramis’ movies—Groundhog Day is endlessly rewatchable. If Murray’s character had been forced to spend Groundhog Day watching Harold Ramis films for eternity, he would never have felt the slightest urge to change his ways.

Ramis was never even nominated for—much less awarded with—an Oscar, which is outrageous, and a testament to how undervalued comedy is by the Academy. If the guy who co-created Animal House, Caddyshack, Ghostbusters, and Groundhog Day isn’t worthy of some awards recognition, then no one is. Harold Ramis’ movies made so many people happy, and he will be dearly missed.