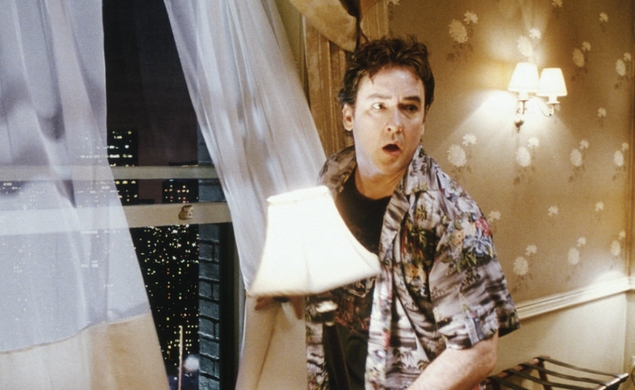 John Cusack likes making movies based on Stephen King stories. One of his earliest film roles was as Denny in Rob Reiner’s Stand By Me, based on the King novella “The Body.” In 2007, Cusack partnered with Samuel L. Jackson for 1408, based on King’s short story of the same name about a haunted hotel room. Cusack and Jackson are currently reteaming for the movie version of Cell, King’s 2006 novel about an insidious virus that spreads through society via cellular phones. (I haven’t read that book, but I believe the virus is called “Candy Crush.”)

On a break from shooting his third King adaptation, Cusack did one of Reddit’s famous Ask Me Anything Q&As, and suggested that what he’d really like to do is shoot a fourth King adaptation. Asked what movie role he would “accept in a heartbeat” if it was offered to him, Cusack responded with two words. “Doctor Sleep.” That would be both the title and the nickname of the main character of King’s 2013 sequel to The Shining, which follows Danny Torrance, the now-grown son of deranged hotelier Jack Torrence, as he works in a hospice and battles with a group of immortals who feed off the dying souls of children who share his psychic gifts.

There’s no concrete plan for a Doctor Sleep movie yet, but given the book’s positive reception, and its predecessor’s legendary status both on the page and on screen (where it was directed by Stanley Kubrick), it doesn’t take psychic abilities to sense an attempt at an adaptation is a matter of when rather than if. Could you see Danny Lloyd growing up to be John Cusack? I think I see a resemblance there. Just look at the noses.

Elsewhere in his IAmA, Cusack said he’d love to work with Being John Malkovich director Spike Jonze again, and that’d he also like to reunite with his scene-stealing High Fidelity co-star Jack Black on a project, but that he hasn’t be able to figure out how to make it happen. Any chance Black’s a Stephen King fan, too? Maybe there’s a part in Doctor Sleep for him.