In anticipation of our High And Low discussion, here are five more foreign-language adaptions of American novels 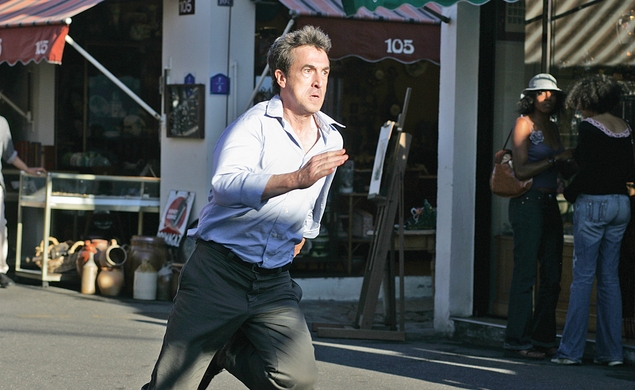 Our “Movie Of The Week” essays and conversations about Akira Kurosawa’s 1963 cop drama High And Low begin tomorrow. Kurosawa and his screenwriters derived their very Japanese film from a quintessentially American book: the Ed McBain 87th Precinct detective novel King’s Ransom, originally published in 1959. In Kurosawa’s hands, it became a story dealing with class divisions in contemporary Japan. Kurosawa wasn’t the first (or last) filmmaker from overseas to draw inspiration from American authors,  though. Here are five more, some of which are of High And Low’s quality:

Ossessione (1943)
By the time James M. Cain’s acrid little 1934 crime novel The Postman Always Rings Twice was adapted into a Hollywood movie, it’d already been filmed twice before: in French as 1939’s The Last Turning, and in Italian as 1943’s Ossessione. The latter is the best version of Cain’s book, with first-time feature-director Luchino Visconti applying the principles of what would come to be known as “Italian neo-realism” to the grubby tale of a drifter who conspires to kill a restauranteur with the help of the man’s wayward wife. Cain’s proto-noir plotting and Visconti’s fascination with working-class misery dovetail exactly, making Ossessione a murder story that’s really about a life of want.

Made In U.S.A. (1966)
It almost isn’t fair to call Jean-Luc Godard’s 1966 gangster riff Made In U.S.A. an “adaptation” of Donald E. Westlake’s novel The Jugger, since Godard just uses the basic premise of one of Westlake’s “Parker” novels (published under his pen name Richard Stark) as a hook for a free-form meditation on American pop culture and the Vietnam War. But Westlake felt the similarities were close enough to sue Godard and his backers, since none of them bothered to secure the rights to make The Jugger into a movie. So in a roundabout way, Made In U.S.A. is the first of the Parker books to make it to the screen, with Anna Karina playing a leftist female version of Westlake’s ruthless criminal.

Coup De Torchon (1981)
Jim Thompson’s novels were so strange and lurid that Hollywood didn’t know what to do with them until the 1990s, when there was a brief boom in Thompson adaptations (After Dark My Sweet, The Grifters, et cetera). But Bertrand Tavernier figured out a way to cut to the heart of Thompson’s style, by filtering it through his own blackly comic take on human desire and criminal behavior. Coup De Torchon moves the setting of Thompson’s novel Pop. 1280 from a small Southern town to a French colony in Africa, but the story is still about a seemingly hapless local lawman who gets pushed too far and then realizes he’s in a position to get whatever he wants, if he’s willing to ignore his conscience.

Tell No One (2006)
Guillaume Canet had an international hit a few years ago with this fairly faithful French version of Harlan Coben’s page-turner, about a doctor drawn into a web of intrigue when he receives a message from someone claiming to be his late wife. Canet moves the action from New York to France, but otherwise follows the twists and turns of Canet’s tricky plot, and delivers such a thrilling film that it’s surprising Hollywood hasn’t spent the last eight years pumping out one Coben adaptation after another. Then again, if the Americans won’t, perhaps another French filmmaker will.