Box office space: The Lego Movie refuses to let go of No. 1 spot 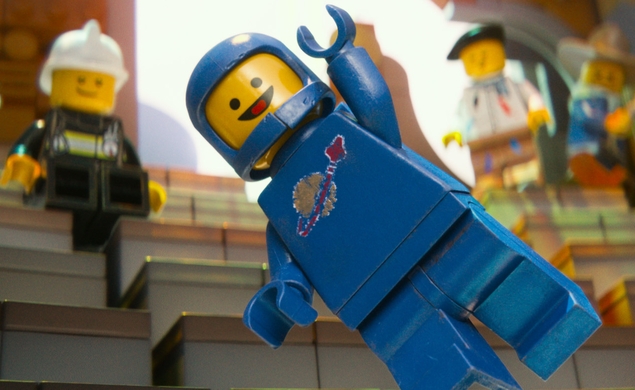 Love was in the air in theaters this Valentine’s Day weekend—the love of children’s toys. For the second week in a row, The Lego Movie dominated the box-office chart, grossing $48.8 million and bringing its two-week domestic total to $129.1 million. In keeping with the film’s earworm theme song, everything remains awesome for Lego; it’s now the highest grossing movie of 2014 so far, and the second movie of the year to crack $100 million, after the Ice Cube and Kevin Hart buddy-cop movie Ride Along.

Speaking of Kevin Hart, he was back near the top again last weekend with a new movie, About Last Night, a romantic comedy based on the 1986 Edward Zwick film of the same name and the David Mamet play Sexual Perversity In Chicago. In its debut, this version of About Last Night, which co-stars Michael Ealy and Regina Hall, made $27.0 million, more than double its reported $12.5 million budget, and nearly as much as 2013’s Grudge Match (in which Hart co-starred behind top-billed stars Robert De Niro and Sylvester Stallone) made in its entire theatrical run.

Speaking of remakes of mid-1980s movies, About Last Night proved more popular than José Padilha’s RoboCop, which debuted in third place at the weekend box office. This version of Paul Verhoeven’s sci-fi classic earned $21.5 million domestically against a budget in the neighborhood of $100 million—a bit better than what the original RoboCop made in its opening weekend back in 1987 ($8.0 million, or about $16.4 million, adjusted for inflation). It’s not a blockbuster opening, but when you factor in the $69.9 million the movie has already made overseas, it’s looking more and more like this RoboCop will be part man, part modest box-office hit.

Speaking of modest box-office hits, the fourth spot on the belonged to George Clooney’s The Monuments Men, which grossed $15.0 million in its second weekend of release, down 31.8% week-to-week. The historical war drama about a special unit of the U.S. Army tasked with rescuing priceless art from the Nazis has had a tough battle of its own in a very competitive marketplace; it’s made just $43.6 million to date against a $70 million budget. It narrowly finished ahead of another debuting Valentine’s Day movie, Endless Love, starring Alex Pettyfer and Gabriella Wilde in a story of endless love, which made $13.3 million. The week’s other big new release, Winter’s Tale starring Colin Farrell, Russell Crowe, and Jennifer Connelly in a tale of winter, earned just $7.7 million in a disappointing première.

The highest per-screen average of the weekend belong to Beijing Love Story, a romance from China based on a popular television series. At nine theaters around the country it grossed $128,000, for a PSA of $14,222. The Lego Movie had the second highest PSA last weekend; it averaged $12,930 on 3,775 screens nationwide.