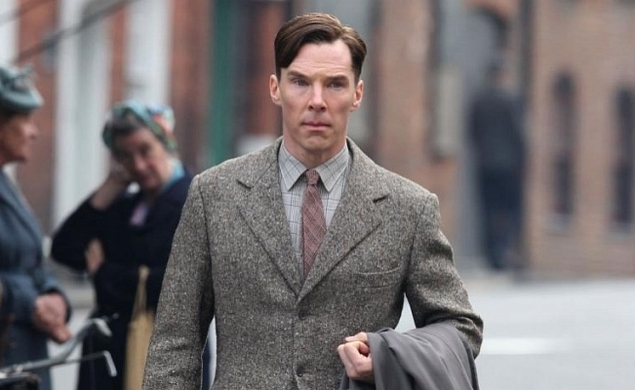 Over the weekend, Deadline Hollywood reported that The Weinstein Company had set a record by ponying up $7 million to handle the biopic The Imitation Game, a still-in-production project that recently showed a 15-minute sample reel in the Berlin Film Festival’s market. Directed by Morten Tyldum (a Norwegian best-known for the 2011 thriller Headhunters) and written by Graham Moore (a novelist and TV writer whose script landed on The Black List in 2011), The Imitation Game stars Benedict Cumberbatch as Alan Turing, the British cryptographer who went from being a national hero for his efforts in fighting the Nazis in WWII to being chemically castrated by his own government for his homosexuality. Keira Knightley co-stars as Turing’s fiancée.

The film should be complete in time for the fall festival season, setting it up for the familiar Weinstein awards-season promotional blitz. Two weeks ago, Vulture’s Jesse David Fox wrote an entertaining and comprehensive look back at Harvey Weinstein’s history of strong-arm Oscar campaigns, first as the co-head of Miramax (with his brother Bob), and now with TWC. But the Weinsteins seem especially inspired when they’re promoting movies about history. For example:

My Left Foot (1989)
Jim Sheridan’s biopic of disabled Irish writer Christy Brown (played by Daniel Day-Lewis) represented Miramax’s first real effort to break the studios’ hold on awards season and use the Oscars as a promotional boost for its films. It’s also a vivid look back at Ireland in the mid-20th century.

Life Is Beautiful (1998)
Though not strictly speaking a true story, Roberto Benigni’s tragicomedy is based on his own father’s experiences in a Nazi concentration camp. Miramax kept the film in arthouses for months, and pushed it to multiple Oscar wins, including Best Actor and Best Foreign Language Film.

The King’s Speech (2010)
The modest buzz that director Tom Hooper’s biopic of King George VI received on the fall festival circuit built into a wave of adulation come Oscar time, where the film roared ahead to win Best Picture, Best Director, Best Actor, and Best Original Screenplay—finally bringing The Weinstein Company the kind of Academy Awards success that Miramax had enjoyed.

Philomena (2013)
The surprise nominee in this year’s Best Picture race, director Stephen Frears’ melodrama uses one woman’s true story as a way to look back—yet again—at Ireland in the 1950s, and the history of poor unwed mothers being forced to give up their children and work off their debt to society.

What connects these Weinstein pick-ups? Mainly a tendency to view some of the bigger stories of the past—involving royalty, the Holocaust, and the treatment of the underprivileged—through the experiences of individuals, and to treat the famous and the lesser-known alike as equally worthy and equally troubled. That would seem to describe The Imitation Game as well: A film about discrimination, through the eyes of one extraordinary man. And whether it’s as great as My Left Foot or as middle-of-the-road as The King’s Speech, this new movie will likely be such a powerful player in next year’s awards contests that we’ll all be sick of hearing its name by this time in 2015.