The Dissolve recommends unusual films about love: The Awful Truth 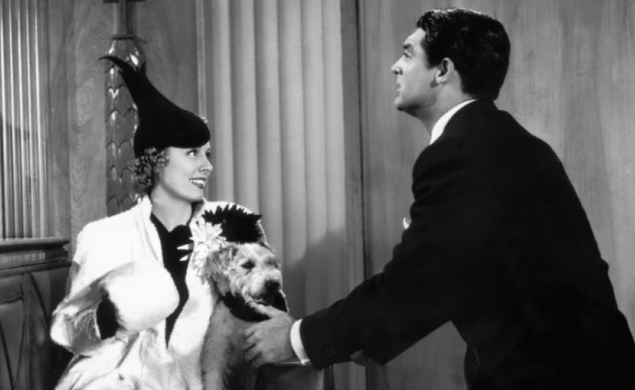 Valentine’s Day is this week, so every day, one Dissolve writer will recommend a film that says something unusual or intriguing about love and relationships. Today, Noel Murray touts The Awful Truth, Leo McCarey’s 1937 screwball comedy starring Cary Grant and Irene Dunne as Jerry and Lucy Warriner, a couple who get divorced because each suspects the other of infidelity. Still, while they both pursue other romances, they can’t stop obsessing about each other, comparing their newest loves to their old familiar one.

Tasha: Okay, Noel, what did you find especially interesting about The Awful Truth’s take on love?

Noel: Well, it’s odd: While watching the movie again, I was reminded of a line from a film I hated at Sundance, called Laggies. In that one, Keira Knightley’s character defines an adult relationship as being with someone “on the same side of what seems stupid.” In Laggies, that attitude annoyed me, because it’s representative of the film’s basic worldview, which values pettiness and immaturity. Yet I find the same slant utterly charming in The Awful Truth, where Jerry and Lucy are united in their distaste for rubes and vulgarians. Is it because they’re wearing fashionable clothes that I don’t mind them so much? Maybe. (I kept turning to my wife throughout the movie and saying that it should’ve been called The Astonishing Hat, after Dunne’s wardrobe.) But I also think McCarey and his cast have a lot of fun with Jerry and Lucy’s hipper-than-thou co-existence. They each trot out new boyfriends and girlfriends to make each other jealous, and then are routinely embarrassed by these people. Though The Awful Truth makes fun of Ralph Bellamy’s Oklahoma rancher/oilman Dan Leeson, the movie ultimately shows him to be a decent guy, who has any dreams of a life with Lucy ruined by her duplicity and Jerry’s needling. They’re hilariously cruel, these two. And as much as I hate to admit it, I do think that’s a big part of being in a long-term romance, being able to sit side by side and make fun of the same things—just maybe with a little more sensitivity than Lucy and Jerry show.

Tasha: Maybe you don’t mind them so much because they’re so clever about it all, delivering that cruelty with classic screwball zing. And they aren’t so bad to other people: They save the worst of it for each other, by attacking each other’s fidelity, or wrecking each other’s romances. So there’s a sense that they’re meant for each other, in part because of the mutual affection that won’t die, and in part because it’d be cruel to inflict them on anyone else. That said, they do have legitimate reasons for getting divorced—they start the film by casually cheating on each other, then transparently lying about it. The funny thing is, the film never treats their affairs as deal-breakers—the situation only becomes awkward because they underestimate each other thoroughly enough that it comes across as contempt, and they both get their feelings hurt. Did you also get the impression that in this film, sex is no big deal, but mutual respect is all-important?

Noel: I’d say infidelity is no big deal—or at least not as big as one might expect for a movie that came out in 1937—but sex matters very much. I think Jerry in particular is less bothered by the idea that Lucy’s sleeping around than he is by her bringing her (possible) lover Armand Duvalle back to their home. And Lucy seems less bothered that Jerry lied to her about going to Florida—presumably so he could spend time with a mistress—than she is that he sloppily bought her California oranges as a fake souvenir.

But sex is very much an issue after the divorce. Part of how Jerry sabotages Lucy’s relationship with Dan is that he keeps dropping reminders of all the intimacies he shared with Lucy that Dan’s never going to be able to claim as exclusively his. Then there’s the ending of the film, with Jerry and Lucy at a remote cabin, in separate rooms, connected by a door that won’t stay closed. Earlier in The Awful Truth, when Lucy catches Jerry casually leering at her legs, she self-consciously tugs down the hem of her skirt. But at the cabin, she’s stretched out on her bed, giving Jerry a look that says, “Remember that thing we used to do when we were married?” It’s not just a shared sense of humor that these two have in common, in other words. They’re a lusty pair.

Tasha: There’s so much charm—and so much panting horniness—in that extended setpiece at the end, where they’re still technically on the outs, and sleeping in adjoining rooms, and both trying to figure out how to make that door between them “casually” fall open so they can hop into bed together without either of them visibly being the instigator. And that sequence fits so well with the rest of the film, which is largely about Jerry and Lucy trying to get each other back while saving face and escaping blame or emotional exposure. Which is one of the reasons it’s so effective when Lucy sabotages Jerry’s latest relationship while he looks on: When he interferes with her relationship with Dan, it’s mock-accidental, couched in bonhomie and casual “Oh, I’m just here to visit the dog” excuses. (The same dog that played Asta in the Thin Man movies, as it happens.) But am I wrong in thinking that Lucy makes a much bigger, more dangerous emotional commitment by ruining Jerry’s new romance in a way that can’t be mistaken for coincidence? The way he chuckles paternally at her through the whole ordeal certainly suggests Rex Harrison’s “Where are my slippers?” smirk at the end of My Fair Lady. Doesn’t it seem like, even as Lucy is humiliating Jerry, he knows he’s won, because she’s openly proving she cares?

Noel: Yes, and I give a lot of credit to Dunne for creating that impression. From the moment Lucy agrees to go on a date with Dan, it’s obvious her heart isn’t really in it, and that she’s hoping hard that she’s going to get under Jerry’s skin. Dunne plays that forced quality hilariously well, with the way she punctuates sentences with a faux-casual “ha ha” when she’s nervous, and the way she wears a distressed expression while jitterbugging with the lunky Oklahoman. My favorite little moments in The Awful Truth are the ones where Lucy visibly gives up on her act, like when she tries to politely tell Dan that she doesn’t get down to Oklahoma as much as she’d like to, and then just trails off, like it’s beneath her dignity to lie. Or when Dan enthusiastically starts to tell Jerry his nickname, and Lucy just shakes her head, mortified.

Lucy gets off a few zingers at Jerry’s expense. When Jerry’s showgirl fling is doing her skirt-raising act, Lucy deadpans, “I guess it was easier for her to change her name than for her whole family to change theirs.” But you’re right: While Jerry clearly wants to get back with Lucy, the pursuit is more of a game for him, while it’s a desperate need for her. Maybe that makes Lucy too weak of a character, but it also makes her way more sympathetic, and Dunne’s gameness has a lot to do with that.

Tasha: Oh, I didn’t find her weak at all, and I’m certainly not claiming that! I think you’re underestimating Jerry’s need, which he lets himself express a bit more once Lucy’s showed her hand. But for most of the film, she gives just as good as she gets, which is one of the great things about screwball comedies. And she’s particularly terrific in that romance-wrecking scene. Lucy has the intelligence and daring to know exactly how to torpedo Jerry’s chances with his hot heiress, but it takes Dunne’s charisma and acting chops to take on such a different and caricatured character without becoming ridiculous. She really gets to show her range in that sequence, while Cary Grant of all people just sits around providing reaction shots.

That aside… I note that for this feature, you and Keith both happened to pick Leo McCarey-directed movies released in 1937. And the female lead in both cases is named Lucy, too. I was afraid covering The Awful Truth and Make Way For Tomorrow back to back would come across as too samey, but they’re radically different movies: This is a sparkling, banter-filled, fast-paced comedy, while Make Way is a significantly slower, more sentimental melodrama. Carey isn’t a particularly stylish director—his stolid plant-the-camera-and-shoot style was typical for the time—but both films do have rich, sympathetic characters and a terrific acting ensemble. You’ve seen both; how do you think they compare?

Noel: Make Way For Tomorrow isn’t a comedy, true, but McCarey uses some of the same techniques he uses in The Awful Truth, and in his Laurel and Hardy two-reelers. There’s a great (albeit sad) visual gag in Make Way, when Bark Cooper’s kids can’t figure out what to do with their gigantic portrait of him. And the long scene in the film where Lucy Cooper makes a nuisance of herself during her daughter-in-law’s bridge lesson is like a non-screwball version of one of The Awful Truth’s big comic setpieces, Lucy’s dance with Dan. What McCarey learned from his many years directing comedies was how to distill particular aspects of human behavior into a mix of broad strokes and subtle gestures.

Tasha: So as with all the other films we’ve talked about this week, I have to ask: What’s the takeaway here? Do we learn anything about love, romance, or relationships by watching these two jealous spouses learn the awful truth that they actually love each other and aren’t suited to be apart?

Noel: Mainly that social conventions are for the birds, where love is concerned. I’m fairly sure Jerry and Lucy would’ve been happy to remain blissfully unaware (albeit kind of aware) of each other’s infidelities. Once the word is out, they can’t just ignore it, but it’s so obvious that these two are too perfect of a match—even sharing the same wandering eye—to not end up together. For me, that’s the message of The Awful Truth. Also, no matter how lovelorn you are, there’s no reason you can’t rock a fabulous pantsuit.

—Genevieve Koski on The Americanization Of Emily