by Noel Murry and Matt Singer 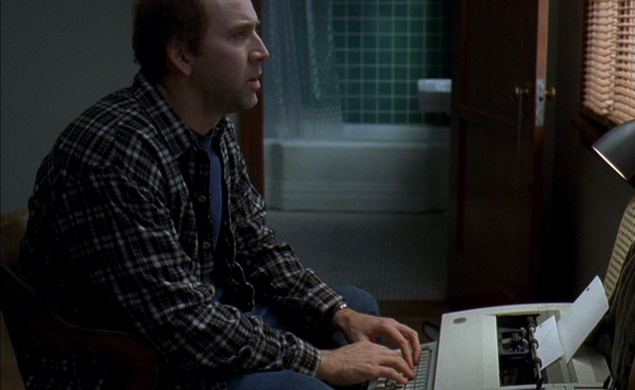 Later this week, The Dissolve will feature an interview with Robocop/Starship Troopers screenwriter Ed Neumeier, as well as a special feature delving into the eight feature films (so far) based on the novels of Nicholas Sparks. This got us thinking about writers who are as much the author of certain films as any director or star. While drawing up this list, we didn’t disallow screenwriters who’ve also directed, but even in those cases, we tried to select people who’ve written a lot for other directors.

The man who practically invented the “city column” as a writer for Chicago’s Daily News, Ben Hecht churned out novels and plays in the 1920s before settling into a career in the movie business. Working at times with his playwriting partner Charles MacArthur (with whom he penned The Front Page and Twentieth Century), and at other times working in close collaboration with directors like Howard Hawks and Alfred Hitchcock, Hecht carried into film what he’d brought to newspapers, seeing the human frailty in sophisticates and the nobility in hard-working common folk. In films as eclectic as Scarface, Nothing Sacred, Notorious, and Gunga Din, Hecht showed wit, sensitivity, and a distinctly American energy that made every aspect of life more exciting.

The Bronx-born Chayefsky first came to prominence during the golden age of live television in the 1950s—a time when some screenwriters became household names. His award-winning teleplay Marty later became an Oscar-winning film, and then other Chayefsky teleplays (The Catered Affair, The Bachelor Party) made the transition to the movies as well. While Chayefsky is maybe best known for his 1970s satires The Hospital and Network, it’s a mistake to overlook those 1950s films, which found him writing about urban alienation, sexual desire, and oppressive social conventions in a way that helped set the stage for the more mature pictures Hollywood made over the next two decades.

Though Rod Serling is better known as a “write-teur” for television, where he was the creator and sardonic host of The Twilight Zone, he was also a distinctive, influential voice on film. He brought his knack for intellectual science fiction and ingenious twists to his screenplay for Planet Of The Apes (co-written by Michael Wilson), and his flair for intense, character-driven drama to Requiem For A Heavyweight and Seven Days In May. He would’ve surely grown even more prominent if he hadn’t died in 1975 when he was just 50 years old. But he’s still a household name almost 40 years later, without a single directorial credit to his name in any medium, which speaks to the power of his words and ideas.

A hero to science-fiction, action-adventure, and horror aficionados, O’Bannon worked with John Carpenter on the outer-space comedy Dark Star, and later expanded some of the the ideas from that movie into his much scarier Alien screenplay, which established him as a genre writer with a feel for plotting and character. O’Bannon doesn’t have a long résumé, but films like Dead & Buried, Blue Thunder, Lifeforce, The Return Of The Living Dead, and Total Recall are distinctive in the way geek-friendly fare rarely is, with a sense of humor and a willingness to spring surprises.

With his 2008 directorial debut, Synechodche, New York, Charlie Kaufman became an auteur in the more traditional sense. For a decade before that, though, Kaufman was perhaps the most famous and respected “write-teur” in American filmmaking, having penned the wildly inventive and sometimes shockingly confessional screenplays for films like Being John Malkovich, Adaptation, and Eternal Sunshine Of The Spotless Mind. Although several directors have brought his scripts to the screen, they all tend to share certain thematic and tonal similarities: brainy science-fiction premises married to deeply personal stories about loss, regret, and anxiety, and a blurring of the line between fantasy and reality.