Marvel reportedly planning Guardians Of The Galaxy 2 for 2016 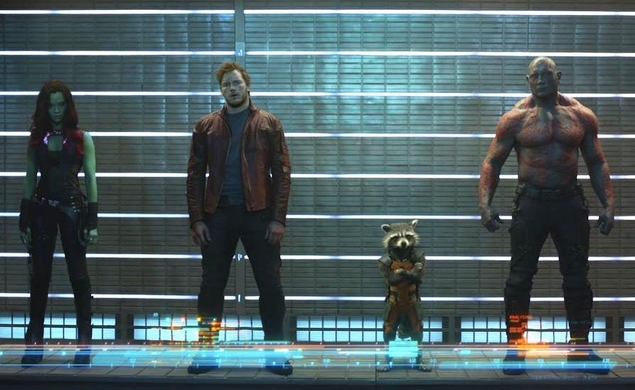 In a recent interview, Marvel Studios president Kevin Feige claimed the company has its upcoming productions mapped out through the year 2021 (what, not 2099?). Most of the titles are still secret; at present, only one of these so-called “Phase Three” movies has been officially announced—July 2015’s Ant-Man. But Marvel’s already staked its claim to several upcoming release dates, including May 6, 2016 and May 5, 2017. They just won’t say what films will be opening yet.

I’d put a substantial bet in Las Vegas on one of those two dates belonging to NFL SuperPro, but it looks like I may need to call my bookie to discuss some kind of payment plan because according to JoBlo, their source says the next of these Phase Three films will be a sequel to Guardians Of The Galaxy, which opens in theaters this coming August. Their initial report said Guardians 2 would open in the May 2016 slot, which would put it in direct competition with Batman Vs. Superman Vs. Wonder Woman Vs. Mark Zuckerberg. JoBlo later updated their piece after their source clarified that the sequel would open “sometime in 2016,” but not necessarily on that May date.

With the first Guardians Of The Galaxy still six months away, there are really only two possibilities here. Either the source is mistaken or Marvel is so high on the unfinished film that they’re ready to commit to making another one. Then again, Feige did talk about that massive decade-long plan, and perhaps a Guardians sequel is already on it. Given the fact that Guardians is Marvel’s most obscure title to be turned into a movie to date, it will be interesting to see how its performance affects this long-term blueprint. If it tanks (and I hope it doesn’t; I really like writer/director James Gunn), will they still make another one?