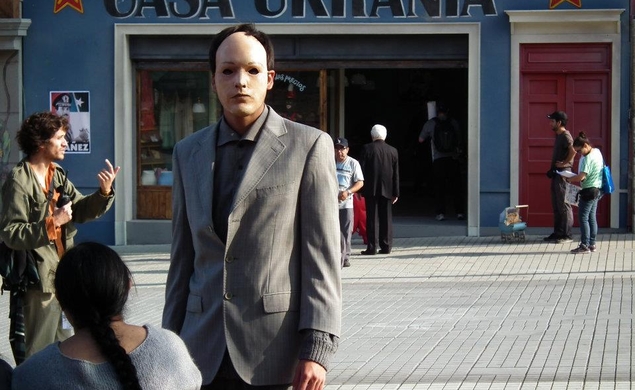 The documentary Jodorowsky’s Dune played well on the festival circuit last fall, reminding movie buffs about the remarkable vision and thwarted career of Alejandro Jodorowsky, whose El Topo and The Holy Mountain were midnight-movie blockbusters in the early 1970s. Now it looks like we’ll finally get a chance to see Jodorowsky’s most recent film, The Dance Of Reality, an autobiographical piece that screened nearly a year ago at Cannes to a standing ovation, but then didn’t travel on to the Toronto, Venice, or New York festivals as expected (though it did play other big festivals, including Torino). Jodorowsky’s first finished film since the weird one-two of 1989’s fantastical Santa Sangre and 1990’s work-for-hire The Rainbow Thief is reportedly a reflection on his youth in Chile, filtered through his usual dream-logic and flair for the theatrical. According to Variety, the record label ABKCO—which handled El Topo and The Holy Mountain decades ago—will be releasing The Dance Of Reality in New York and Los Angeles on May 23, after special screenings in March at New York’s Museum Of Modern Art and SXSW in Austin. The trailer: