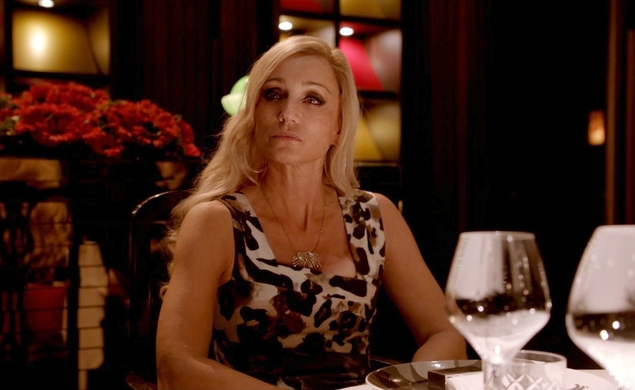 Nicolas Winding Refn’s Only God Forgives was a polarizing movie, but even if you hated it you had to give begrudging admiration to Kristin Scott Thomas for her great performance as a merciless woman who demands her son (Ryan Gosling) avenge her other son’s murder (even though the other son probably had it coming). Refn’s film divided a lot of people, but everyone agreed on Scott Thomas. She was terrific—and she was equally good in an extremely different role (in a totally different language!) in last year’s In The House by François Ozon, which landed on The Dissolve‘s list of the best films of 2013.

Those and so many other great performances make this news depressing: In an interview with The Guardian, Scott Thomas says she’s tired of making movies and doesn’t plan on acting in them anymore. After two decades of steady film work, she’s had enough:

Calling herself a “recovering actress,” Scott Thomas complained about her constant battle against typecasting and offered a withering assessment of most of the movies she appears in. “The kinds of films that I do are usually quite rapidly put together, and it always seems to be a little bit of a shambles… I’m often asked to do something because I’m going to be a sort of weight to their otherwise flimsy production,” she said. “They need me for production purposes, basically. So they give me a little role in something where they know I’m going to be able to turn up, know what to do, cry in the right place.” If you’re not an Only God Forgives fan, you could argue that describes her turn in that movie all too well.

Scott Thomas currently stars in Ralph Fiennes’ The Invisible Woman, and her IMDb page lists several more upcoming projects. After that, it sounds like she may disappear from movies altogether, which would be a real shame.