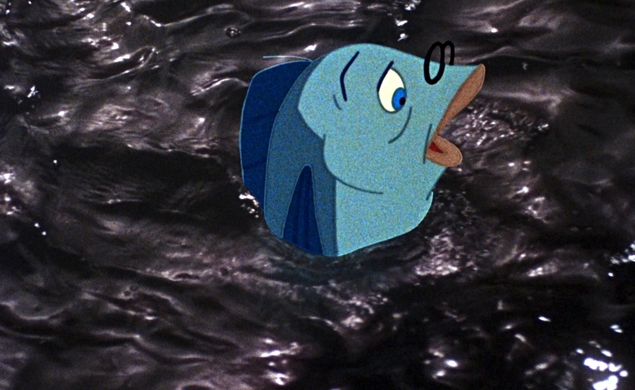 Three years ago, The Los Angeles Times’ Steven Zeitchik reported that Richard Linklater was the top candidate to direct a remake of the goofy 1964 Don Knotts comedy The Incredible Mr. Limpet. Fresh off the Sundance success of Boyhood and last year’s well-received Before Midnight, Linklater’s now reportedly going ahead with the remake for real, possibly as a Zach Galifianakis vehicle.

The idea to remake the part-animated movie about a man who turns into a fish and helps the Navy scout for Nazi subs during WWII isn’t new. In 1998 it was developed  as a Jim Carrey vehicle to be written and directed by Steve Oedekerk (Ace Ventura: When Nature Calls). When that didn’t work out, Brad Bird was brought in as a potential replacement. According to Patton Oswalt, who told the story on one of the last episodes of The Best Show On WFMU, the studio showed Bird screen tests (for which it had paid $10 million) that had been performed with Carrey’s face slapped onto a CGI fish. Oswalt says Bird told him it was “the most horrifying thing he’d ever seen” and added that “if you saw this in the water, you would get out of the water and run screaming and tell everyone the world was ending.” The concept art bears his evaluation out.

Linklater’s previous attempts at straightforward Hollywood filmmaking have been mixed: School Of Rock on the hits side, The Bad News Bears and (unfortunately) The Newton Boys on the demerits side. Limpet would mark Linklater’s third foray into the world of (half-)animation, reteaming him with Femke Wolting and Tommy Pallotta, both of whom were part of the team for the rotoscoped stylings of Waking Life and A Scanner Darkly.

Wolting and Pallotta are themselves in post-production on their co-directed feature documentary The Last Hijack, another live-action/animation hybrid, this one about Somali piracy. It’s set to première at the Berlin International Film Festival next month, and you can read more about it in this .pdf, which also includes a pretty cool preview still of the animation they’re using: Get ready to watch a gigantic eagle swoop down over a freighter ship.