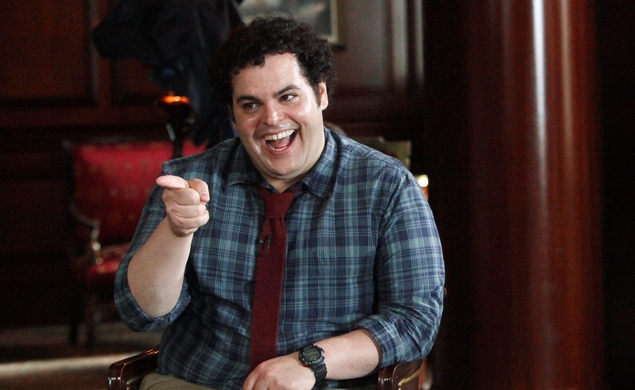 Rumor: Director Josh Trank’s top choice for the role of the Thing in Fantastic Four is Josh Gad.

Evidence: “There’s still not a single official announcement regarding cast, including this one, but the word on Gad comes from within casting circles close to the film. Previous rumors have included Miles Teller as Reed Richards and Michael B. Jordan as Johnny Storm, and neither have been decisively debunked nor announced. Gad certainly fits in with the age of the other actors in the mix, his star is on the rise, and there’s also a chance it could be mostly vocal performance if the Thing is entirely CG.” (An unverified Twitter account claiming to be Trank insists the rumor is untrue.)

The Speculometron’s calculations: The good ol’ Speculometron is having a tough time with this one because there are so many variables. As Gholson notes, no one has been officially cast in the rebooted Fantastic Four yet. So the Speculometron can calculate the odds that Gad might fit into a superhero team also populated by Teller and Jordan, but there’s no guarantee any of those guys are going to wind up in the movie at this point.

Could Gad play The Thing? Sure; especially if Fox is going for a younger take on the team. Gad’s hot as a voice talent right now after his performance as Olaf the talking snowman in Frozen. He’d have to gruff things up a bit for the role of a super-powerful pile of rocks, but if Trank is envisioning the Thing as an all-CGI character, Gad would make a fair amount of sense (in the previous two FF movies, Michael Chiklis played the Thing beneath a very intricate makeup and costume).

Although Gad’s comedic talents would seem counterintuitive for most superhero roles, the Thing is the Fantastic Four’s resident heavyweight and comic relief, so the actor’s timing and humor would be an asset to the role. The Speculometron says all the figures and formulas that would go into the casting of Gad check out, but it needs more information before it can render a more secure verdict.