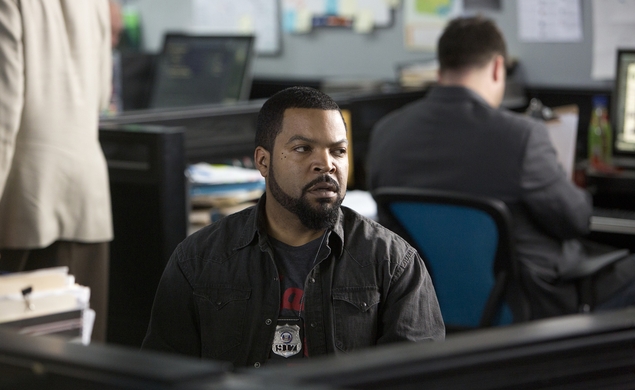 I, Frankenstein; it, flop. The fantasy action horror hullabaloo starring Aaron Eckhart as a hoodie-wearing, muscle-bearing Frankenstein’s monster who gets caught in the middle of a war between gargoyles and demons (as you do) made just $8.2 million in its opening weekend, and failed to crack the top five on the box office chart. Even with its reanimated six-pack abs, this Frankenstein was no match for the buddy cop chemistry of Ice Cube and Kevin Hart, whose comedy Ride Along was once again the number one movie in the country. In its second weekend of release, the film grossed $21.1 million, for a domestic total to date of $75.4 million.

Universal, which released Ride Along, is having a really good January; they’ve also got the number two movie of the weekend, which has been another impressive hit with audiences this winter: Lone Survivor, Peter Berg’s dramatization of a Navy SEAL mission in Afghanistan gone tragically wrong. Flying in the face of conventional wisdom that serious War On Terror movies aren’t financially viable, the film has now made $93.6 million, with $12.6 million of that total coming last weekend. The film’s budget was reportedly just $40 million.

The number three movie of the weekend was the animated film The Nut Job, featuring the voice talents of Will Arnett, Liam Neeson, and Katherine Heigl. Its $12.3 million gross gives it a $40.2 million domestic total after two weeks of release. That put it slightly ahead of its primary competition—and the number four movie on the weekend box office chart—Disney’s princess musical Frozen. Dropping just 23% week-to-week, Frozen made an additional $9.0 million; its $347.8 million domestic total makes it the fifth highest-grossing computer animated movie in the U.S. ever, behind Shrek 2, Toy Story 3, Finding Nemo, and Despicable Me 2. Don’t expect Disney to let Frozen go just yet (you see what I did there?); they’ve announced a sing-along version of the film will be coming to theaters on January 31.

Fifth place on the box office chart went to Jack Ryan: Shadow Recruit, the latest attempt to restart the Tom Clancy spy franchise with a new lead (Star Trek’s Chris Pine). With $8.8 million last weekend, its two-week total is just $30.1 million in the U.S. and $76.6 million worldwide. The movie’s reported budget was $60 million, so it’s not an out-and-out disaster, but it’s also not the series-reviver Paramount was looking for. And speaking of reviving things, I, Frankenstein’s aforementioned $8.2 million put the film in sixth place for the weekend. As Frankenstein might put it: “Fire bad; this movie’s financial future outlook worse.”

In a fairly quiet week for new limited releases, the well-reviewed Chilean drama Gloria topped the per-screen average category, drawing $58,800 in three theaters for a PSA of $19,600. On one nationwide screen, Visitors, the new documentary from the filmmaking team behind the “Qatsi” trilogy, made $10,700.