Someone leaked the script for Tarantino’s The Hateful Eight, so now he’s not making it 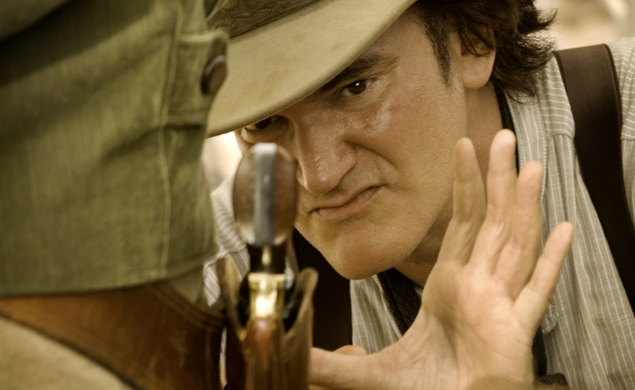 Ten days ago, everything was going great. The sun was shining and Quentin Tarantino had a new movie he wanted to make—The Hateful Eight, a Western—and all was right in the world. Today, everything has gone to crap. According to my thermometer, it’s five degrees outside right now, and Tarantino has shelved The Hateful Eight indefinitely after its script leaked.

“‘I’m very, very depressed,’ Tarantino said. ‘I finished a script, a first draft, and I didn’t mean to shoot it until next winter, a year from now. I gave it to six people, and apparently it’s gotten out today.’ He learned that when his longtime agent Mike Simpson began getting phone calls from agents looking to pitch their clients for roles in the ensemble Western.”

Tarantino showed the script to just a handful of people, so there are a finite number of suspects; call it “The Case Of The Hated Six and The Hateful Eight.” They include Django Unchained producer Reggie Hudlin, and actors Michael Madsen, Bruce Dern, and Tim Roth. “I give it out to six people, and if I can’t trust them to that degree, then I have no desire to make it,” Tarantino added, boasting that in any event he’s got “10 more” scripts that he can make instead. (Not surprisingly, Tarantino refused to tell Fleming what specifically he’d direct next, although he did say it would still probably have a big part in it for Dern.)

So that’s the good news; Tarantino isn’t going to stop making movies over this incident. But the bad news is he’s not going to make this movie, and I (and, I’m sure, a lot of other people) was already getting psyched for it. I’m generally not a hateful person, or a big advocate for mob and vigilante justice, but whoever leaked this thing is currently numero uno on my fecal roster. On the list of personal betrayals, passing around a secret script is way down there, just above giving another man’s wife a foot massage.