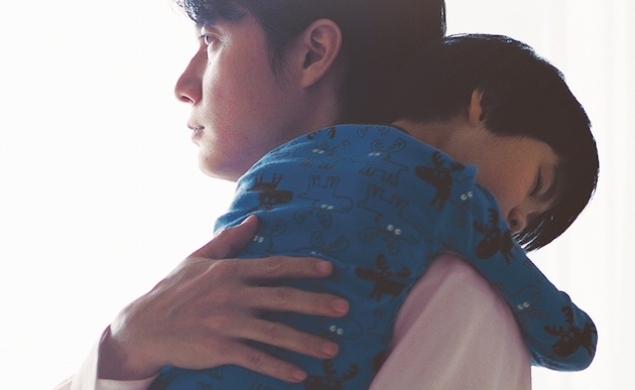 We’ve already premièred the poster for Hirokazu Kore-eda’s Like Father, Like Son here at The Dissolve. Today, we’ve got an exclusive clip from the film. Clearly, the movie has some fans at the site; Scott Tobias praised it back at Toronto Film Festival (an “elegant family drama”) and today Noel Murray reviewed it and gave it 3.5 stars (“quietly powerful”). The film, the latest effort from the director of Nobody Knows, Air Doll, and the beautiful Still Walking, follows two drastically different sets of parents as they discover their sons were switched at birth and try to come to grips with the knowledge that their children are not who they thought they were.

You can sample Like Father, Like Son for yourself in the clip below, courtesy of the folks at IFC Films:

“The ‘switched at birth’ urban legend and the Nature-vs.-Nurture debate provide Hirokazu Kore-eda with a fresh opportunity to revisit his ongoing preoccupation with family dynamics and parent-child relationships in contemporary Japan. The life of go-getting workaholic architect Ryota (Masaharu Fukuyama)—one of comfort and quietly ordered affluence with his wife Midori (Ono Machiko) and son Keita (Keita Ninomiya)—is violently overturned when hospital administrators reveal the unthinkable: Keita is not his biological son. Due to a mistake made by a negligent nurse, his ‘true’ son has been raised in the dishevelled but warm-hearted home of working-class shopkeeper Yudai (Lily Franky) and his wife (Yôko Maki). The different approaches of both couples to their excruciating dilemma and the gradual emotional awakening of the all-too-rational Ryota are at the core of this sensitive drama of family feeling, which showcases Kore-eda’s rich sense of humanity.”