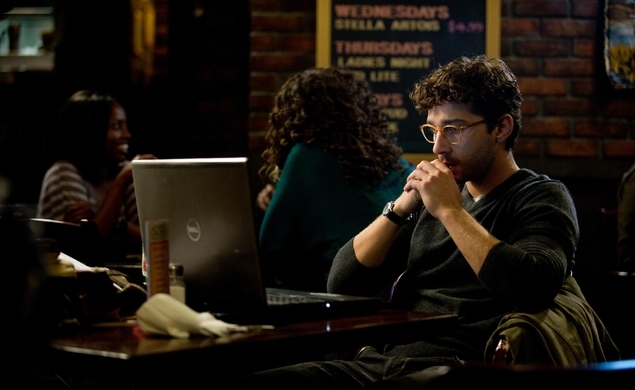 When last we left poor Shia LaBeouf, he’d anounced his retirement “from all public life” because of attacks on his “artistic integrity.” Because generally everything he says is completely truthful and can be taken at face value, I thought that was the end of the conversation. But in a curious turn of events, another attack on his artistic integrity has apparently brought him back out of retirement, which by my count lasted approximately 72 hours.

It all started when Jim Carrey made a joke about LaBeouf and his recent plagiarism scandal at the Golden Globes last Sunday. (“Dying is easy. Comedy is hard,” Carrey said, before adding “I believe it was Shia LaBeouf who said that. So young, so wise.”) According to Entertainment Weekly, LaBeouf then lashed out at Carrey in a later-deleted tweet claiming “At least I don’t get arrested for indecency on major LA highways! Or abandon love child’s.” As EW notes, LaBeouf later apologized by copying a 2012 apology by Rupert Murdoch to Hugh Grant.

LaBeouf also tweeted that “If you explain @JimCarrey you’ve killed him, Nobody knows if it’s for real or not. That way he’s immortal.” That doesn’t make any sense to me, but he copied it from Carrey himself, talking about his Man On The Moon character, Andy Kaufman. So… zing?

I AM NOT FAMOUS ANYMORE

You heard him. Nothing to see here. Move along.