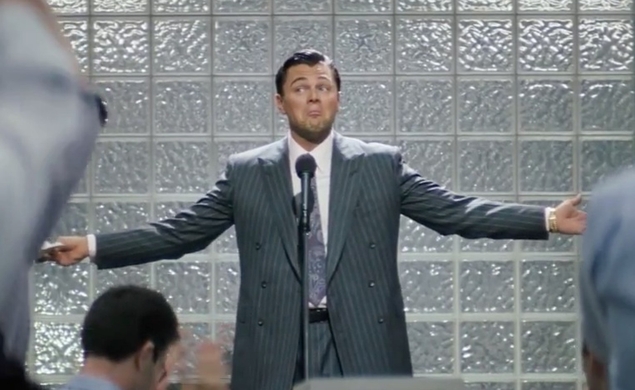 Four days after The Wolf Of Wall Street opened in theaters, real-life investor/fleecer Jordan Belfort took to his Facebook page to inform his “loyal friends and fans who have supported me since the beginning” that he “insisted on turning over 100% of the profits” from his memoir and the movie. Belfort claimed this would make up funds still owed to investors he defrauded. Not so, said Robert Nardoza, a spokesperson for the U.S. district attorney’s office in Brooklyn, in an interview with The New York Times: “The government has seen nothing to suggest that even 100 percent of Belfort’s profits from his book and the movie Wolf Of Wall Street would yield, in his words, ‘countless millions,’ much less the approximately $100 million that is still owed to the victims.”

On Friday, The Hollywood Reporter obtained and put online an October letter from the district attorney’s office clarifying exactly what Belfort has and hasn’t paid. The numbers confirm Nardoza’s comments that the profits earned from the movie and book wouldn’t come close to making up the balance. As of October 2013, Belfort had only paid $11.6 million of the $110.4 million he was ordered to pay his victims at his 2003 sentencing.

After his book was sold in 2007, Belfort and the government agreed to a deal where half of his gross income would be turned over to the government. But Belfort’s attorney now says he’s no longer under supervised release and therefore not obligated to keep paying; Nardoza says Belfort moved to Australia in 2009 and is staying out of the government’s reach to avoid additional reimbursement.

Where this leaves the government’s options for collecting is unclear. While the mess gets worked out, maybe Belfort’s victims will be comforted to know that the former fraudster is totally happy with last night’s Golden Globes, where Leonardo DiCaprio won the Best Actor award for his portrayal of Belfort. “Wow! I am so happy for Leo,” he wrote on Facebook. “What a truly amazing outcome! I can't even begin to tell you how hard he worked on this. Good for him!” Belfort seems to view the movie as the greatest advertising for his seminars possible, and given that he got DiCaprio to record a promotional video praising him as a great speaker and “true motivator,” he may not be totally delusional.