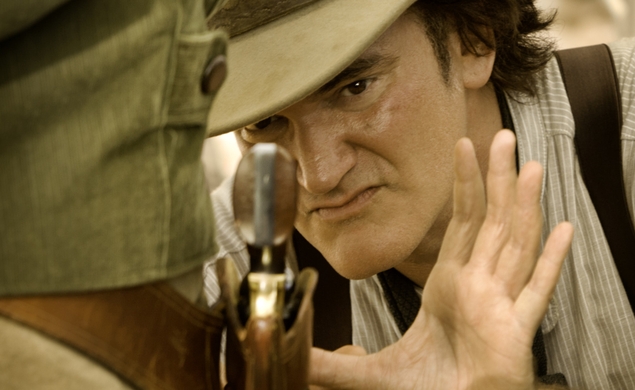 The Western has been the Waterloo of many a filmmaker in recent years, with some of the biggest flops of the decade (The Lone Ranger, Cowboys & Aliens) belonging to (and often, blamed on) that once-popular genre. The one notable exception to the rule is Quentin Tarantino, who didn’t let the relatively uncommercial prospects of the Western stop him from making Django Unchained, or from turning it into a major success, earning Oscars for its screenplay and co-star Christoph Waltz, and more than $425 million in grosses at the worldwide box office. Having already scored once with a Western, Tarantino is ready to try again.

According to The Hollywood Reporter, Tarantino wants his next movie to be a Western called The Hateful Eight. The site offers no plot details, but much as QT’s Django Unchained evoked the memory of the 1966 film Django starring Franco Nero, The Hateful Eight suggests old oaters like The Magnificent Seven (as well as its inspiration, Akira Kurosawa’s Seven Samurai) combined with war pictures like The Dirty Dozen. Letting your imagination wander through the raw elements of those films filtered through Tarantino’s unique sensibility only sounds like the most exciting thing ever, so no big deal.

THR says there’s a role in the script for Waltz, who also appeared in the director’s Inglourious Basterds, and has quickly become Tarantino’s man-muse. The trade’s sources differ on the project’s timetable: some say Tarantino hopes to shoot The Hateful Eight this summer, while another claims there’s no firm schedule yet. I’m crossing my fingers that the first group has it right. If I have to wait three or four years for a Tarantino Western/war-movie mash-up, I’m going to become a pretty hateful person myself.