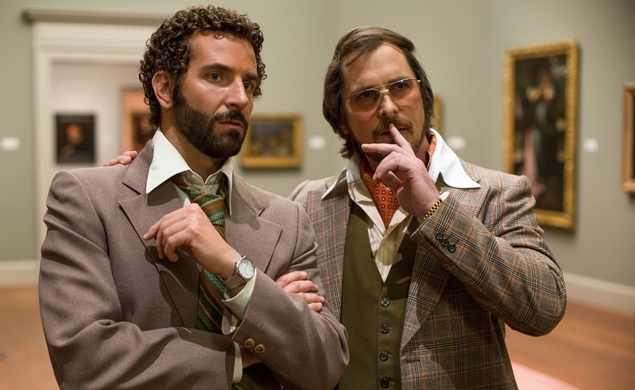 Before Twitter was flooded with commentary on the Golden Globes, the Golden Globes were flooded with actual water. A pipe burst a few hours prior to the start of the big red carpet show, spewing water everywhere. It ultimately turned out to be the fault of a light placed too close to a sprinkler, but the earliest reports claimed that it was raw sewage soaking Ryan Seacrest’s feet. “And the award for Best Use Of Raw Sewage As A Metaphor For The Golden Globes goes to…”

Once the waste water settled and the stars gathered, the night mostly belonged to David O. Russell, whose con man and corruption saga American Hustle took home Best Picture (Musical Or Comedy), plus awards for Best Actress (Musical Or Comedy) and Best Supporting Actress (In Any Kind Of Movie Because, For Some Strange Reason, The Golden Globes Don’t Differentiate Between Them In The Supporting Categories), for Amy Adams and Jennifer Lawrence, respectively. In this non-expert’s eyes, that’s looking more and more like the Oscar front-runner, as the movie the most people seem to like and the least people seem to hate. Because that’s what awards are all about, people: celebrating inoffensiveness.

The only other movie to pick up multiple Globes was Dallas Buyers Club, the true story of Ron Woodroof, who fought his AIDS diagnosis by smuggling unapproved drugs from overseas. Matthew McConaughey and Jared Leto took home the Best Actor (Drama) and Best Supporting Actor trophies—McConaughey as Woodroof, Leto as his transgender friend, Rayon. And, yes, when McConaughey won he did say “All right, all right, all right…” At this point, his Matthew McConaughey impression is almost as good as Matt Damon’s.

After that were a lot of single award winners: 12 Years A Slave was named Best Picture (Drama); Her won the Best Screenplay award for director Spike Jonze; Leonardo DiCaprio was a bit of a surprise as Best Actor in the musical or comedy category for The Wolf Of Wall Street; and Alfonso Cuarón received the Best Director prize for his space thriller Gravity. The Hollywood Foreign Press named Frozen Best Animated Film and The Great Beauty from Italy the Best Foreign Language film.

Here’s the full list of Golden Globe film winners. The Academy Award nominations will be announced on Thursday.