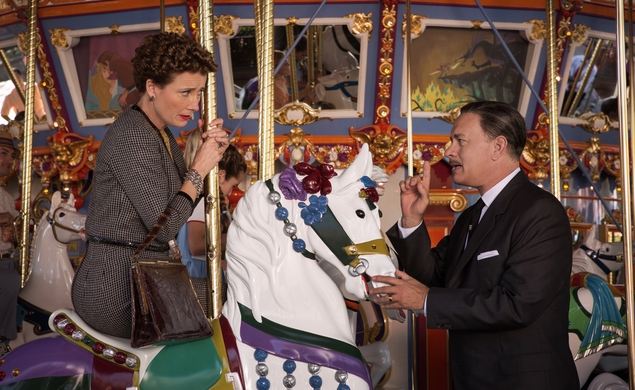 Awards ceremonies that aren’t broadcast for public consumption tend to be livelier and more spontaneous than the sanitized Oscars or the overstuffed Golden Globes. Since the awards were already announced in December, last night’s National Board Of Review dinner had no suspense and plenty of time for recipients and presenters to give sprawling speeches. (A thorough rundown of the three-plus-hour ceremony from The Hollywood Reporter’s Scott Feinberg can be found here.)

The most memorable quotes of the evening came from the double act of Meryl Streep and Emma Thompson, as Streep was presenting the Saving Mr. Banks star with her Best Actress Award. Wearing a cap that read “Prize Winner,” Streep called out the film’s subject, Walt Disney, as a sexist anti-Semite. With the stated intention of delighting Thompson (“also a rabid, man-eating feminist, like I am”), Streep read from a 1938 letter in which Disney explained to a female applicant for the studio training program that “Women do not do any of the creative work in connection with preparing the cartoons for the screen, as that task is performed entirely by young men.”

The evidence of Walt Disney’s anti-Semitism is more complicated; he was the founding vice president of the Motion Picture Alliance For The Preservation Of American Ideals, an organization that was indeed riddled with anti-Semites, but Disney eventually tried to distance himself from it. A more balanced assessment of Disney’s attitudes towards Jews can be found here.

Still, the accusations made for a good companion to Streep’s reading of the work of the unquestionably anti-Semitic Ezra Pound. Streep followed the letter with an original poem written in honor of Thompson, who then came out and said she was “nauseous with gratitude.” Both highly entertaining speeches can be read in full here.