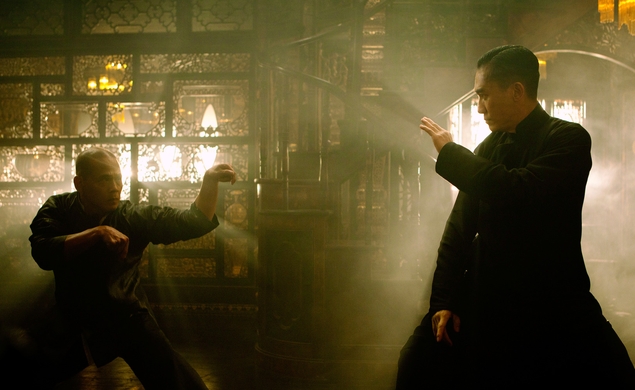 The Oscars’ stupefying Best Foreign Language Film nomination process begins with the submission of one official film per country. From there, volunteer Academy members form a “general committee” and watch as many of the nominees as they can, whittling down the prospective candidates to six semifinalists. After that, an executive committee of 20 people adds another three titles into the mix for nine total potential nominees, which are then pared down to the final five announced in January along with all other categories.

The system was instituted in 2007 in response to complaints that the volunteer committee was too averse to challenging arthouse fare, and it seems to have helped such movies a little bit. This lengthy 2011 article detailing the complicated process notes that the über-formalist Greek film Dogtooth would never have been nominated without the executive committee’s intervention.

Here are the nine films that made it to this stage out of 76 submissions:

Aside from the titles The Dissolve has covered already, two are from former honorees. Tanovic was a winner for 2001’s No Man’s Land; his new film recreates the story of a family in Bosnia-Herzegovina in which the mother nearly died of a miscarriage because she couldn’t afford to pay the hospital. The film stars the real life family, and you can read a surprisingly helpful and informative IMDb user review here. Abu-Assad was a nominee for 2005’s Paradise Now, and his latest returns to the thorny arena of Israeli-Palestinian relations; more here.

The other two nominees are darker horses: Maas’ Two Lives is a historical drama encompassing both World War II and the role of the Stasi secret police in East Germany (more here), while The Notebook is a reportedly nightmarish WWII drama (more here). Notable omissions from the shortlist include Saudi Arabia’s Wadjda and Asghar Farhadi’s The Past, the Iranian director’s follow-up to his Oscar-winning A Separation.

In a more populist vein, the Academy also unleashed an ad for the Oscar ceremony with returning 2007 host Ellen DeGeneres. It’s directed by Paul Feig (Bridesmaids, The Heat) and has the talk show host strutting and lip-syncing her way through a Fitz & The Tantrums song alongside 250 dancers. Aside from a few opening shots, it’s all one long take through a backlot street. If there are any cuts they’re invisible, and it’s actually kind of an impressive choreographic feat. Check it out: