The Dissolve: A user’s guide 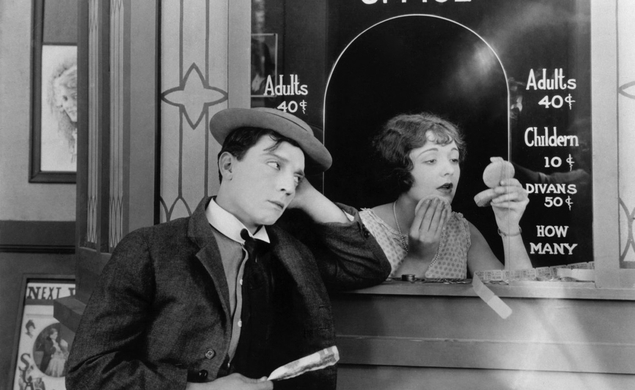 Hello and welcome to The Dissolve, a website for people with a passion for watching and talking about film. That’s a broad definition of what The Dissolve will be about, and intentionally so. We plan to offer something for anyone interested in movies, whether you’re looking for reviews of the week’s new releases, curious about a Blu-ray release of a Japanese classic, or wanting to explore the cutting edge of independent filmmaking. If you care about movies, there’s something for you here.

Now to get specific. Here’s a guide to what you’ll find on the site today, and a few features we’ll be rolling out over the next few weeks.

Reviews are, of course, a given, and to give you a taste of what you can expect going forward, we’re launching today with a backlog of reviews dating back to the last weekend of May. We kept busy during the ramp-up to our launch date by seeing and writing about the summer’s most notable films.

Going forward, we’ll be reviewing, well, everything. Or at least most of everything. We’ll have reviews of every major theatrical release, and the lion’s share of independent and arthouse releases. And because moviegoing doesn’t always mean going to the movies in 2013, we’re setting aside space each Tuesday for reviews of DVD and Blu-ray titles, and publishing reviews of video-on-demand titles every Friday.

The section you’re reading now? This is Newsreel, an area focusing on what’s happening right now in the world of film. We’ll all be chipping in to Newsreel to offer news and opinions, but you’ll most often be in the hands of News Editor Matt Singer, who’s never been at a loss for information or opinions.

Next Monday, we’ll debut the first installment of our Movie Of The Week feature, in which we’ll spend a few days shining the spotlight on a film of our choosing, with essays and a staff-and-reader discussion forum. What films will we choose? Whatever we find compelling. For those who want to watch along—and we hope a lot of you will—we’re kicking it off with the 1980s cult classic Repo Man, then moving on to Woody Allen’s Zelig. Should what we’re doing next slip your mind, don’t worry: There will be frequent updates here in Newsreel.

Today and throughout the rest of the month, we’ll be debuting new columns that you can expect to see regularly in the future. With Departures, Dissolve Editor Scott Tobias looks at the unexpected entries in notable figures’ filmographies. (Early entries will include Martin Scorsese’s adaptation of The Age Of Innocence and Brewster’s Millions, a comedy starring Richard Pryor and John Candy, directed by action stalwart Walter Hill.) Interdisciplinary lets Noel Murray explore the extracurricular activities of people who make films, and people for whom filmmaking isn’t a first career. Early columns will include a look at Cameron Crowe’s work as a rock journalist and Neil Young’s work as a director. And the all-staff feature Adventures In Licensing examines some of the merchandise surrounding major motion pictures, from board games to breakfast cereal. First up: The novelization of E.T., a book beloved enough to inspire a sequel.

Performance Review finds contributor Mike D’Angelo going back in time to rediscover great performances that went unrecognized by major awards in their day. And in The Laser Age, Editorial Director Keith Phipps—that’s me—plunges into the wave of science-fiction films that launched in the late 1960s with 2001: A Space Odyssey and Planet Of The Apes, then swelled throughout the 1970s, before receding in the early 1980s.

The biweekly feature You Might Also Like? sends Nathan Rabin, an expert on cinematic disasters and overlooked movies, loose on the fringes of streaming services, exploring the odd recommendations encountered when surfing from one film to another. Ever have Netflix, Amazon, or other sites tell you you’d obviously love a certain film, based on your viewing or purchasing habits? Wonder whether that film is any good? Nathan intends to find out. Forgotbusters is the flip side to You Might Also Like?, in which Nathan explores the world of giant films that ended up making little or no impression, no matter how many people saw them, from The Golden Child to the 1998 Godzilla remake.

Because we love talking about movies, The Dissolve will also feature a variety of interview features. Emerging, our interview series with up-and-coming talent, will debut with a discussion with Fruitvale Station writer-director Ryan Coogler. (Look for an upcoming interview with indie pioneer Andrew Bujalski, director of Computer Chess.) And because great films are now often just a click away, we’ll occasionally turn the focus to movies that can be streamed, in both short and long form: Short Cuts is a weekly selection of lunch-hour-friendly short films, while Upstream digs up gems exclusive to the streaming world.

Above all, Dissolve readers should expect the unexpected, including guest commentators, original poster art, and pieces about whatever catches our interest, from exhaustive career overviews of major artists to movie-inspired board games. With movies, there’s always something to see, and we hope our readers will join us in discovering what’s out there. We’re looking forward to hanging out in the dark with you.